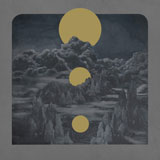 It’s been a long, hard road for Yob, an uphill journey beset with obstacles – the first lineup of the band breaking up, subsequent legal issues around mainman Mike Scheidt’s interrim band Middian and Scheidt’s own struggles with his personal demons – but ever since 2011’s Atma the path seems to have become ever clearer for the US doomsters and with Clearing The Path To Ascend, one listen is enough to tell anyone with ears to hear that ascension is guaranteed and everything is theirs for the taking.

This, ladies and gentlemen, is a future classic. A contender. A game changer.

Clearing The Path To Ascend is pure, concentrated Yob. Refined in the alchemical furnace of endurance and strength of will, the psychedelia, the crushing elemental heaviness and the sheer gush of soul that pours forth from Scheidt are all tempered, honed and amplified to the nth degree. The sound runs the gamut from huge and brooding to warm and intimate, but always finely articulated and given the space needed to bloom thanks to the clear-as-a-bell production courtesy of Billy Barnett and the band.

The plangent psychedelia juxtaposed against, and occasionally mixed with, colossal blast-furnace Doom Metal, the unique twists of Scheidt’s unusual choice of chordings and his wide-ranging singular voice here harken back to Yob‘s classic The Illusion Of Motion and The Unreal Never Lived recordings, two of my favourites of theirs, but in a much more tempered and maturely wielded way. Sophisticated without being complex Clearing The Path To Ascend is the paragon of Yob as an entity.

The spirit of their Neurot label-bosses rears its head notably across opening pair In Our Blood and the aggressive Nothing To Win, but Yob’s delivery is significantly more engaging and compelling than anything Neurosis has put forth in well over a decade.

“Time to wake up” is what we are told at the outset, and you’d better believe that when the band kicks into its full majesty following the softly cyclical, astringent opening riff you will wake the fuck up. Bassist and friendliest man in metal Aaron Rieseberg conjures up a serious undertow and slow-mo drumagogue Travis Foster brutally anchors the whole thing firmly to earth while Scheidt churns out hanging open chords punctuated with violent jarring discord as he lets loose that unearthly part-Mustaine-when-he-was-still-worth-a-damn and part Geddy Lee unearthly wail of his in alternation with a throaty growling doom bark.

The opening riff resurfaces halfway in, phasing and flanging through a rumbling void haunted by disembodied philosophical musings courtesy of some vocal samples until the band kicks back in again with the power of a thousand kicking mules and Scheidt lets rip with a bowel-loosening death growl. If you’re not impressed by now there’s a strong possibility that you are already dead, deaf or both.

Once In Our Blood has rumbled to its cataclysmic conclusion, the thickly swarming – almost black metallic – guitars and whip-cracking tumbling drums of Nothing To Win snap the listeners head back with force enough to have to check for whiplash.

For my money this is the one with the most noticeable strain of Neurosis to it, but it’s the Neurosis of Enemy Of The Sun and Through Silver In Blood, the angry, seething old-testament Neurosis of Eye and Lexicon. Scheidt’s bestial howls could strike fear in even Von Till and Kelly and Reisebergs churning bass thrum during the latter part of the song could loosen the bowels of just about anyone.

Ghostly psychedelia haunts Unmask The Spectre as echoing guitar sounds out and Scheidt whispers into the air atop swells of pitch-black bass, a theme that reprises itself throughout its fifteen minute span, writhing in between juddering off-kilter slabs of acidic doom that ripple with viciously clubbed percussion and virulent growls. Adopting a lurching, stumbling gait, Scheidt’s guitar peels off unusual chordings that meld perfectly with his sky-scraping voice to really hammer home the emotional core of Yob‘s sound.

Yob have always been a highly emotionally charged band but Clearing The Path To Ascendis as clear an expression of emotion as anything you could hope to hear outside of the confines of Warning’s Watching From A Distance, and Scheidt’s voice has reached a level of flexibility and breadth of range to be able to really express that emotion in a truly affecting way.

The combination of odd, minor key chords and Scheidt’s soaring voice toward the end of Unmask The Spectre brought a lump to my throat on more than one occasion, but the thing that really pushes me over the edge into actual tears is album closer Marrow.

Beginning with silvery plangent guitar and restrained and minimal bass and drums, the central cascading, looping riff picks up power as the distortion hits, Reiseberg and Travis suddenly begin to hit a lot harder, Scheidt begins to sing…..and there’s something in the sound of that voice that hits like a punch in the gut. I’ve always loved his clean, higher-register vocal but now….well, this is something else entirely. Perfectly articulated, powerful and piercing, he cuts through the powerhouse sound around him like a fucking laser.

Marrow sounds both triumphant and desolate at once, Scheidt’s voice is at the heart of that, and I’m not ashamed to say that this song has made me weep on several occasions like nothing since Forest Of Equilibrium‘s majestic ode to misery Reaching Happiness, Touching Pain. Marrow is where Scheidt’s love of Townes Van Zandt and Neil Young comes out into the music of Yob and it is fucking beautiful and fucking powerful.

I won’t say anything else about it, I insist that you hear it for yourselves. In fact, I extend that statement to cover the entirety of Clearing The Path To Ascend. Stop reading this and go and listen to it…Now. 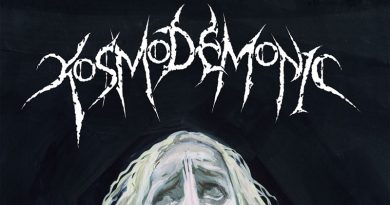