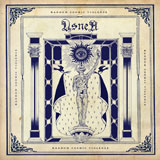 In the same vein of perhaps Ocean’s Here Where Nothing Grows, Torture Circle, Aldebaran, Buried At Sea, early, less-bad Moss etc., Usnea are a pretty rad throwback to those halcyon days of the mid/late 2000’s where it seemed every second metal band was slowing things way down and screaming their balls off to glacial riffs. It beats the mum doom/”occult rock” trend, anyway.

I’m definitely reminded of the Ocean album in the sense that you don’t really remember the riffs after you hear them, but that’s not really a bad thing as the riffs aren’t really the point. It’s all about how the songs as a whole create that super intangible, super subjective thing called atmosphere, plus how they tread that super fine line between tension and boredom. Usnea certainly succeed at the last point, and mostly on the first, so it’s generally happy days.

Yeah, this is a lot less monotonous than, say, Bunkur- a few clean Earth like sections, a long, slow, Disembowelment-ish section that opens the title track, Healing Through Death‘s kickass little bluesy-ish moment, even an occasional bit of English death doom in some of the guitar lines that pop up here and there – generally the best moments I find. All of this is surrounded by some pretty competent lavaflow huge-chords-as-riffs, the production’s pretty excellent, the vocalist fierce in his shrieks and his rather powerful more guttural stuff. Sonically they’re good.

In terms of how this coalesces into an enjoyable album, well, it kinda mostly does, a few misses but overall a good enough batting average. I’m just not convinced of the need for the long songs – yes yes I know it’s this super slow ultra doom stuff – but Healing Through Death seems to go for at least 4 minutes longer than it needs too, and every song has a part where you either think “huh, it could’ve ended here and would be sweet” or a part that could’ve been totally excised with no loss whatsoever to the quality of the tune. The title track’s ending, for example – a truly monstrous moment let down by a midsection full of fairly pedestrian blasting.  Or Detritus, which has a sublime intro and a huge, huge ending with a whole lotta not much in between. You get the feeling that adding a second guitar would flesh things out a bit; adding  a bit of texture, making the faster parts a bit heavier. It’s a shame they didn’t explore the blastbeats a bit more, and a bit better – amidst all the slow pounding stuff, some properly executed death metal riffing could go down incredibly well.

Yeah, Random Cosmic Violence isn’t perfect. But that said, there are plenty of really solid moments – really heavy, really powerful moments where all the despair and weight of the world Usnea throw at you becomes almost unbearable in its heaviness and claustrophobia. It’s certainly a very good album – not a classic of its’ niche, but if you like your doom rather tortured and twisted into a bunch of weird, non-Euclidean angles, it’s certainly a thing worth checking out. 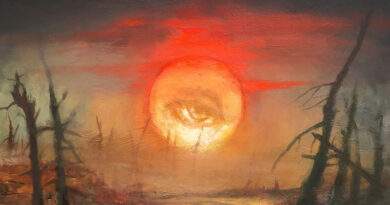