Enter Spelljammer into Google and what comes back is a Wikipedia entry for ‘a campaign setting for the (2nd edition) role-playing game, featuring a fantastic (as opposed to scientific) outer space environment’. In my non fantasy related world however, Spelljammer are a rather excellent, if criminally overlooked, Swedish doom/stoner metal trio who have been away for far too long.

The band are comprised of Nikklas Olson (bass, vocals), Robert Sörling (guitars, who was recently interviewed as part of Josh’s In Search Of Tone series), Jonatan Rimsbo (drums) and return after a six year hiatus with Abyssal Trip, the long awaited follow-up to full-length debut Ancient of Days. The name of the album, Abyssal Trip, refers to the depths of the ocean, some 3000 to 6000 metres down, implying perhaps a mysterious dark vastness to the music to come.

Such mysterious depths are certainly highlighted by opener Bellwether, an almighty slab of painfully slow doom metal where one can envisage swimming in the oceans blackness, trying in vain to find a way through, but to no avail. The riffs are lumbering and the Melvins’ classic track Boris immediately comes to the fore, a nice dense piece to ease you in slowly.

A track that certainly doesn’t take long to get going is Lake, starting with what is described in the promo notes as an ‘unusually fast gallop’. This takes you a little by surprise coming off the back of the ultra slow opener. The track is punctuated by slower parts, reminding me of the gothic doom of Type O Negative, or even the late Pete Steele’s (RIP) predecessor band Carnivore. I love the diversity and range of styles and tempos on this track, this is especially demonstrable when a melodic Middle Eastern tinged passage makes an appearance.

Among The Holy marks the halfway point, a track which reminds me of former label mates Monolord, what with the droning riffs and ghostlike vocals, and seeing as drummer Esben Willems mastered the album, this should come as no great surprise. Title track Abyssal Trip, at over ten minutes, is the longest track and starts with disturbing film dialogue about blood sacrifice, before pummelling, detuned guitars and heavy hitting drums erupt. Coupled with the sample at the beginning, the track takes on the horror tinged doom metal of vintage Electric Wizard, it certainly wouldn’t be out of place on that band’s Witchcult Today and is possibly the darkest I’ve ever heard Spelljammer. This is a change in style, which momentarily abandons the trippiness we had thus far become accustomed to.

From the longest track to the shortest, Peregrine is a lovely little acoustic number in the Sabbath tradition, and as with the Sabs, offers you a breather while helping to showcase the fact that the band are more than just sheer volume. This much needed interlude leads to closing track Silent Rift, another epic at over ten minutes, which injects a little psych flavouring to the proceedings. I was reminded a little of Holy Serpent’s Temples record when listening to this one. Anyone who takes cues from that band, whether intentional or not, is alright by me, an excellent way to conclude the album.

So, the question should be posited, was it worth the wait? The answer is a resounding yes. Unlike a lot of bands who return after such a long time and deliver decent, if underwhelming releases (Black Sabbath, Pixies), Abyssal Trip experiments without losing their core sound and identity. The album will satisfy both the old-school fan base who have been patiently waiting for new output, as well as helping to attract newcomers to the band. 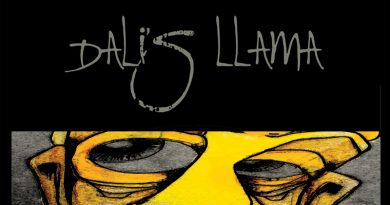