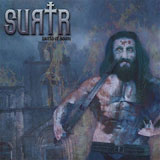 It is with a frantic clash of steel and the scream of battle that these French Doom traditionalists kick off their debut album ‘World of Doom’, the follow up to their self-titled 2010 demo. Furrowing a slow morose path through the debris of doom metal’s great forefathers ‘World of Doom’ is unashamed in it’s traditional inspirations and takes directly from Sabbath, Vitus, Candlemass and Reverend Bizzarre for it’s construction. Whilst being so adamantly traditional is not in itself a bad thing, to pull it off requires a very keen sense of songwriting skill alongside an ear for dynamics and it can be said that SURTR do an admirable job on this debut. The album is broken down into five parts with a Reverend Bizarre cover (‘Doom Over the World’) sandwiched in the middle, the tracks vary from snail pace to a mid pace especially evident on final track Part V. During the mid tempo moments the band appear to be more uncomfortable, the riffs jarring slightly against each other before falling back into the slow doom that they’re so obviously passionate about and offers more comfortable ground for them.

With the inclusion of death growls as used in III and V the band seem to hit on a sound perhaps more of their own, especially when juxtaposed with the more traditional core of their sound. It is on III that the band hit a high, recalling the slow death/doom of Decomposed’s ‘Hope Finally Died’, with its wailing crawl and death vocals. Whilst they rely on some fairly generic Doom metal motifs within the imagery and inspirations on ‘World of Doom’ it would be interesting to see them expand on this death/doom side and the medieval elements they seem to only touch upon.

The inclusion of the Reverend Bizarre cover is decent enough although maybe the placement of the song right in the middle of the bands own five piece set seems odd. At the end of the album would make more sense.

With SURTR set to support The Wounded Kings in France and due to exclusively play brand new unrecorded material it certainly seems to be going well for the french three piece. Their brand of gloom is solid enough to open for the British band, however with more work and dedication to the elements that make SURTR their very own beast alongside a stronger focus on songwriting we could witness a much more distinct and powerful next release. More gloomy medieval battle doom and I’d be writing a very different review, time will reveal their evolution, this is one for the traditionalists only and SURTR probably like it that way. 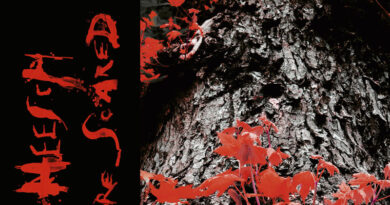