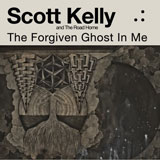 You could be forgiven for thinking of Scott Kelly as a solely acoustic artist these days. Apart from Shrinebuilder and a few guest appearances on Mastodon records, Kelly’s own output since Neurosis’ last album, 2007’s Given to the Rising, has been minimalistic to say the least. In 2008 Kelly released his largely acoustic second solo album The Wake, in 2011 he released a split 7” with St. Vitus man Wino and this year he (along with Wino and Neurosis band-mate Steve Von Till) released an acclaimed collection of Townes Van Zandt covers. The Forgiven Ghost In Me, Kelly’s latest record is not quite a solo album – he’s joined here by a four-piece band – but the primary focus on the record is Kelly’s sparce guitar playing and that voice.

There’s something about Scott Kelly’s voice – a duplicity that allows it to be nicotine-tough and world-weary yet open and vulnerable. The accompanying notes for the album, written by Kelly’s contemporary Nate Hall, paint an almost mythical picture of Kelly as a troubadour, a man who has truly lived a rollercoaster of a life and puts every drop of sweat and blood into his music. And there’s certainly an earthy, homespun spirit to The Forgiven Ghost In Me – the songs are like confessions from a grizzled old character in a dusty saloon, seeking redemption for distant crimes, spilling his guts after too much bourbon.

Strangely, the album is bookended by optimistic, relatively upbeat tracks; opening number “A Spirit Redeemed to the Sun” has a country feel to it – simple chord progressions, tremolo guitars chiming out, and uplifting organ chords underpinning it all, giving the song a sense of being an old country standard from an American songbook. Closing track “We Burn Through the Night”, with its yearning lapsteel/ebow, feels like a ray of light after a particularly dark night of the soul, Kelly sounding not quite triumphant but at least happy to have survived.

But this is far from a straight-forward acoustic album; between the opening and closing tracks there is a greater contrast of light and dark, simplicity and texture. “In the Waking Hours” recalls Kelly’s contributions to the recent Townes Van Zandt covers album, a seemingly simple tale which, like some of Van Zandt’s finest songs, combines a stoic perspective with a hint of nostalgia: “I never felt a future in my heart/ I saw the eyes behind the wheel.” “Within It Blood” swells to a dramatic climax with slowly creeping layers of radio noise and electric guitar leads, while “The Field That Surrounds Me” also takes an atmospheric approach, building upon an already tense riff with moody droning strings to hypnotic effect.

If you’ve heard any of Kelly’s previous acoustic outings then The Forgiven Ghost In Me won’t be a massive surprise – Kelly is blessed with the kind of voice that lends authority and credibility to this kind of music. Like Mark Lanegan, Kelly takes the great American musical institutions of blues and country and weaves them through his own unique filter, infusing the songs with modern flavours to prevent anything from becoming too derivative. Somehow, during this process, Kelly manages to make the songs sound timeless. If you’re looking for a huge variety of musical styles, pace or mood then you’re better off looking elsewhere – this record kind of sinks into a funk (and not in the funky sense). But just as humans do in these situations, it works its way out of it. And what do you know? There’s a little ray of sunshine on the other side. 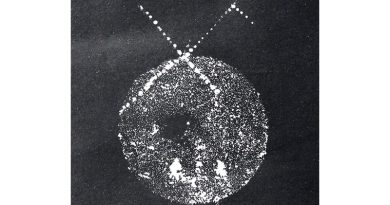