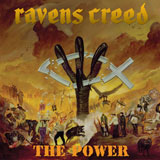 Ah, thrash metal! Music of energy, anger and spit! Also a genre I’m very picky with – I can’t listen to any old generic thrash album, and it’s seldom I really give a contemporary offering more than one listen. Notable exceptions include Norway’s Nekromantheon and Stateside Voivodians Vektor. I’m especially delighted that one of the best of the new(ish) crop are from these very shores, in the form of Ravens Creed. Formed in 2006, this quartet released 3 (storming) EPs and an album with none other than Ben Ward and Martyn Millard of Orange Goblin in the ranks, before they parted ways with the infamous drinking duo and drafted new recruits for an EP and this album. Shoes like Ward’s may seem a daunting task to fill (in both the literal and figurative sense!), but as proved on 2011’s “Nestless and Wild”, Al Osta is no slouch and takes the vocals in a markedly different direction, whilst the music remained as perfectly brutal as ever – after all, this is a band that boasts former members of (the UK) Sabbat and Iron Monkey in its ranks!

And frankly, “The Power” is about as perfect as a thrash album needs to be! Zero frills, no solos – just riffs that pummel the seven shades of shit out of your skull, leaving you winded and nursing a hefty bangover. So far as I’m concerned, that’s what thrash is meant to do. In a sense, this album reminds me of my favourite death metal album from last year, Cianide’s “Gods Of Death”; as with that masterclass in heaviness, this album is not an exercise in nostalgia, it feels very contemporary both in terms of production and execution, but tips its proverbial hat to the early Masters of Metal, i.e. Venom, Kreator, Celtic Frost/Hellhammer and Death Strike! I can’t think of an album in recent memory that manages to pack this many heavy riffs into just under 30 minutes (16 songs, none of them much over two minutes!).

From the opening death march of the title track (overlaid with an air raid siren, of course) to the final slap in the face that is “Unleash The Rat Bashers”, with its fantastic Tom G Warrior style death grunt at the ending, this album has songs that stick in your head, no bullshit day-glo party thrash bollocks here! Choruses that you want to sing along to are essential for decent thrash (“Storming…. WITH MENACE!” I rest my case…), and songs like “Kick To Kill”, “Rat King Rosary” and “Bashed In” stand out in that sense, although there isn’t a single song that isn’t utterly mental thrash nirvana on this album – quality over quantity! The tempo is (of course) generally pretty breakneck throughout, but there are midpaced elements in songs such as “Bloody Luxury”, “Silence in Crow Court” and “Wiccan Wanderers”, there’s even an element of Trouble & Autopsy worship to be found one minute into “The Slaughter House”, with its grim crawl a gut wrenching plod in the midst of an album of unrelenting SPEED; after all, there’s nothing more boring than hearing a band blast away at 200 BPM for a whole record, and the best death/thrash/grind bands know that! Another notable element that’s carried from previous Ravens Creed offerings is the element of eccentric (very English) humour, in the time-honoured tradition of Venom, with delightfully saccharine song titles like “Horse Fucker” and “Raped by the Graveside”! Still reckon their best song title is “Stand Up and Be Cunted” off their début, but I digress…

Being as this is a Doomentia release, no expense has been spared on the artwork either, with a fantastic apocalyptic painting adorning the cover, a giant raven’s claw crushing an Icthis as Satan’s hordes rampage below! None more metal or fitting for this absolute rager of a record. A band that has yet to disappoint and deserves a lot more notice than they seem to be getting. And while you’re at it, pick up the rest of their output so as to have your head bashed in by a band that have more killer riffs than you’re had hot dinners. Perfect! 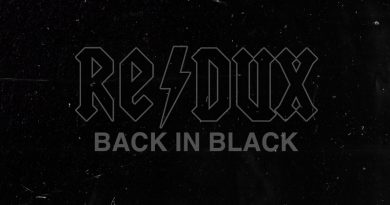