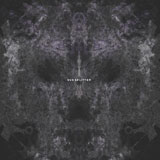 Merchants of industrialised psychedelic ur-doom, Chicago’s Sun Splitter have been honing their craft over the last couple of years and a handful of increasingly sharper-sounding releases, getting closer and closer to the perfect meld of Boing Boom Tschak mechanised heavy duty rhythms and white-light-white-out psychedelic overload and with III, their second full-length, they may well have hit the mother-load.

An urgently looping drum pattern and swelling feedback usher in ‘Eye Of Jupiter’, beginning in earnest as the ligature-taut guitars and bass of Francis Hays and Jacob Essak crack the skies and the distorted, heavily treated voice of Anthony A. Dunn begins to chant, yell and shriek.

The track builds from chugging rhythm and swathes of manipulated noise into a white-hot monolith of piled-up molten guitar and Dunn’s inhuman shrieks, evoking much of the spirit of early Godflesh and those other industrial noise-rock pioneers Head Of David.

Those treated vocals are used in an entirely textural fashion on second cut ‘Parasitic Machine’, mangled to within an inch of recognition and seamlessly integrated amongst the moodily bruising guitars, hissing ambience and distantly tolling bells that make up the body of the track. Halfway through its ten minute span, the brutally simplistic drum-machine cuts out entirely and anything recognisable is peeled right back to reveal an abstract sound assembly of brittle guitar strings, indistinct throbbing, hollow chants, dubbed-out snarls and temple bells, leaving me very much in mind of early Sonic Youth – which is no bad thing at all.

In fact, all this talk of early Sonic Youth and Head Of David makes me realise that Sun Splitter would have been very much at home on the Blast First label, eighties home of the afore-mentioned bands, noise-rock luminaries like Big Black, and out and out weirdos like the Butthole Surfers, Glen Branca, Sun Ra and Big Stick – another drum-machine driven band, sadly unappreciated these days.

Sure, there’s a lot of Godflesh in Sun Spiltter’s sound, but it’s the early, dripping with menace and bad vibes incarnation of the band, along with the spooked-out damaged psych of latter-day Loop and Terminal Cheesecake. A potent brew indeed.

‘The Serpent’s Golden Death’ reverses the way of the previous number by beginning with the clanging, chiming ambience and layered vocal drones and tones then introducing a minimalistic bone-crunching drum pattern and a dirgey Sabbathian riff that builds and builds before suddenly exploding into trebly Black Metal riffage and serious drum-machine overload. The track ends with everything bar a naggingly insistent vocal drone being annihilated by oscillating electronics.

These emanations are decidedly trans-plutonic.

Fractured Doom Metal with a menacing vibe drives ‘Into The Broken Lands’, with its brutal beat, intertwining astringent cheesewire guitars and a massive Melvins-esque chugging section. Dunn’s vocals on the end section here are as clear as they’ll ever be and still sound spectral and hollow.

This leaves only sixteen minute closer ‘Two Cold Oceans’ to finish things up, starting with a Jesus & Mary Chain/Stooges-esque raga-tinged riff and rhythm that slowly gets twisted out of shape across the body of the track as guitars thickly roar, vocals are pulled into multiple dimensions and eventually the entire track is fed back through itself multiple times to become a juddering, jittery black hole of kaleidoscopic white noise, Dunn’s roar ever caught upon the event horizon.

More regimented than fellow Chicagoans Locrian, yet not quite plumbing the bestial depths and frying as many soft fragile eggshell minds as near neighbours Drug Honkey, Sun Splitter instead choose their own middle path through the psychedelic experience, taking flight from the same space as Godflesh and their ilk but ultimately flying nearer to the white light of total annihilation than Broadrick and Green ever did. 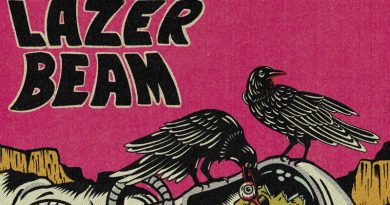 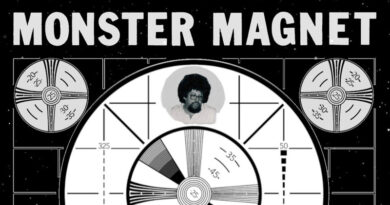 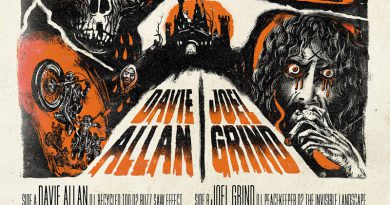