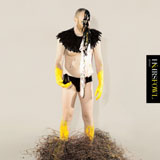 The age old adage is to never judge a book by its cover, I mean what if it’s a hardback or the publishing house skimped on the artwork budget? Looking at the digipack of the latest Heirs offering you would be forgiven for thinking, ‘What a mad bunch of fuckers’ though as inside 3 of the members stand wearing white aprons on ‘nests’ whilst a tarred and feathered fourth adorns the cover with a black egg and apron in mouth.

However, stripping aside the presentation and focusing on the music, it seems that the Melbourne based outfit have *ahem* come home to roost with this release. Following on from last year’s jaw dropping debut ‘Alchera’, which was lauded as one of the best Noise/Doom/Instrumental albums of 2009, they have clearly not succumbed to pressure and calmly (and quickly!) delivered another piece of music to be proud of.

To their credit this is an extremely considered album, all the press release hyperbole of passing song writing batons from band member to band member aside, this is confident and assured piece of work that acknowledges the influence and legacy of such luminaries as Isis, Pelican and Neurosis but they are still willing to push past this and strike out on their own.

For the most part ‘Fowl’ is a heady concoction of brooding electronica, subtle doom/noise and epic drone; rather than pummel the listener into submission like, say Godflesh, they have embraced the dense serenity of Broaderick’s work with Jesu. The album veers from the eye of the storm sense of tension that stands the hairs up on the back of your neck on opener ‘Dust’ to the almost crushingly heavy atmospherics of ‘Tyrant’.

This is not a set of tunes that is easily digested in one sitting. It took this reviewer a couple of listens for it’s majesty to truly sink in. On the surface it can appear light and airy and moments almost drift off into shoe gaze territory, but that is not meant as a criticism – in fact Heirs achieve that rare accolade of making music that is heavy without actually having to be heavy. Rather it is progressive in a manner than appears on first listen not to go anywhere, but is in fact an album of deep atmosphere and groove. Often you find yourself lamenting the end of a passage that somehow hooked itself into your subconscious – from the flavourings of Theremin to the underlying menace of feedback and militaristic drum tattoos, this is more like an elegant film score than a disposable, instant rush.

If there is a slight criticism, it is that at times it can meander and lose focus over some of the longer tracks, but this is partly due to the attention shift at the beginning of each piece caused by the strong starts and certainly not enough to detract from the quality significantly.

Either way, check the album out! 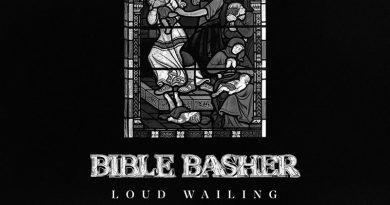