It’s been a long time since I really listened to any sludge, so long in fact that I almost certainly still had hair when I last did. It’s not that I don’t like the genre, it’s just that as I’ve got older I find that I’m rarely in the mood for the snail-paced, shrieking misanthropy sludge generally entails and listen to less challenging stuff instead.

A similar process probably explains why I’m increasingly drawn to those beige slacks with elasticated waistbands that are advertised in the magazines that come with the weekend papers. Still, sometimes it’s good to have a change and switch back to the overly tight leather trousers of our youth, so to speak, so why not pick up something a bit different to review?

All of which is a rather roundabout way to introduce Unruly, a new three-piece from Te Whanganui-a-Tara / Wellington, New Zealand, who are releasing their self-titled debut album on Sheffield’s Sludgelord Records. It’s hard to find anything definitive about the band, except that they’ve been a whole host of other Wellington bands over the years, including the brilliantly named Meth Drinker. Also worth noting that the name Unruly comes from a silly-season news story that apparently gripped New Zealand during the summer of 2018, where a holidaying British family cut a swathe of chaos across the country through low-level criminality and general anti-social behaviour before being deported. Having googled it, it actually sounds quite funny.

Cutting me some slack given that my last experience of sludge was a Shifty Records compilation I bought around 2005, let’s get to the music. First up, there are no speech samples and none of the tracks begin with a squealing arc of feedback, but everything else is largely as you might expect: thick, scuzzy guitar and hate-filled vocals that hit an uncomfortable sweet spot, somewhere between shrieked and bellowed. Unusually, there are points where they’re actually intelligible, which makes a pleasant change.

I’m not going to try and break down the album track-by-track as, lacking easy identifiers like catchy choruses and widdly guitar solos, they tend to merge into one slow, extended pummelling. That said, there are definitely some cool, stand-out moments, particularly on the first half of the album. The main riff from Bleach Jesus is pretty sweet and gets your head nodding, while the vocals spit bile over the top. The riff that opens Absence is even better and is augmented with some atmospheric guitar work that sounds distinctly different from what came before. It’s a touch speedier as well and feels all the better for a slight change of tempo.

Problem slows things back down but is another interesting track. The guitars back off a little, so proceedings are dominated by bass and vocals. This means that you can actually follow the lyrics which, as far as I can tell, seem to be about a robotic space probe sent to Mars to search for aliens that then becomes sentient and develops a hatred for all forms of life. All of which is significantly more interesting than your standard sludge fare and, frankly, who could blame it?

The second half of the record has fewer moments that really jump out, but I did enjoy both the title track, centred around a (comparatively) pacey riff, and Catfish Hemorrhoid which features some interesting, but un-flashy, guitar work that gives things a different feel.

Ultimately though, Unruly did remind me of why I gradually lost interest in sludge. Individually the tracks are fine, but I found listening to a whole album of it a bit of a drag. There really are some good points, but not enough to differentiate the tracks and stop it sounding like a one-paced slog. Still, that’s probably just me and, given that I still own a Republica CD, you probably shouldn’t pay too much attention to what I think.

I’m not sure if any of that was helpful, but if you like to dabble in sludgy waters (musically that is) then I reckon you could do worse than give Unruly a listen. It definitely features all those nasty touches that make sludge sludge, but there are twists and turns which might be appreciated more by people in the know. 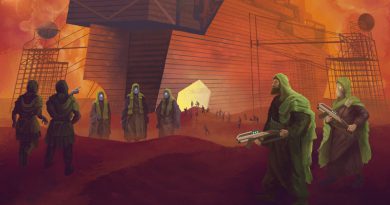 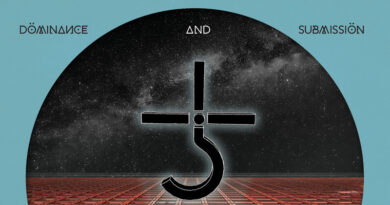