The Windy City, home to The Cubs, The Bears, The Blackhawks and also home to the colossally heavy death metal maniacs Cardiac Arrest. Formed in Chicago 1997, Cardiac Arrest have twenty three years of destructive experience to put on display for your listening pleasure. This is also a pretty stable period for the group in terms of members, with all having been with the lineup for at-least nine years, which is pretty rare in this realm of the heavy metal sphere.

The Chicago metal scene is criminally underrated considering it birthed bands like the incredible Master, Broken Hope and Pelican. It doesn’t quite get the hype it perhaps deserves. So do we have another killer Chicago death metal release? Let’s see as Cardiac Arrest have slapped this nasty old slab of old school death on my doorstep, it’s titled The Day That Death Prevailed and will be released July 27th via Memento Mori (CD), Boris Records (vinyl) and Headsplit Records (cassette).

This is the bands seventh full length and is being released two years after their last full length A Parallel Dimension Of Despair. The artwork has been provided by Eric Rot and it’s absolutely killer, love me a reaper on a throne set upon a pile of corpses. If that’s not death metal….I don’t know what is! The record was recorded during the global pandemic that we’re all currently living through, but you wouldn’t know that the group were under restrictions as the production and quality on display is excellent. it’s got this really grandiose sound that just screams play me louder than everything else, get your Richter scale out for this one, you’re gonna need it!

The album starts with an air raid siren accompanied with some War Of The Worlds style mammoth alien sounds. It’s an ominous start before all hell lets loose with opener Thrive On Fear. Annihilating drums, pounding riffs and a manic solo all come together to completely sweep you off your feet before the vicious vocals, that are straight out the deepest acid filled pit, kick in to tear you limb from limb. This is straight up balls torn off and nailed to the fucking wall death metal. There is no fucking about, just pure evisceration and an excellent start to the record. I’m hooked and we’re only three minutes in.

I’m already worn out but Cardiac Arrest don’t let up the pace with track two Naegleric Outbreak. The production is thick and abrasive and it’s just got this constant toe tapping beat, which is hard not to get involved with. You can tell the guys are seasoned pro’s and they’ve been playing together for a long time as it comes out in the sound which is really enjoyable.

Birth Of Hideki has these killer hardcore influenced riffs, which are absolutely pummelling, whilst you’re trying to keep your cheeks attached to your skull due to the sheer g-force created by the blasting drums from Nick Gallichio. This track is an absolute steam roller. It’s no surprise that there is some hardcore influence on this record considering the cities rich history within the hardcore punk scene, sprouting bands like Articles of Faith, Strike Under, Harm’s Way and Weekend Nachos. It comes through most in the massive and slamming riffs that are spewed all over this record.

The record forges ahead with a cataclysmic pace. Tracks like A Call To Violence are just huge and have this infectious sound. As mentioned earlier, it’s hard not to go along with Cardiac Arrest. You’re drawn into the maelstrom even when they’re at their most knuckle draggingly heavy, which is no mean feat. The vocals on this record are excellent, the mix of caustic old school death and a little of that hardcore attitude come together to form a monstrous display of power and putridity.

Sometimes it’s hard to sum up a record but not in this case. Is The Day That Death Prevailed anything new in the world of Death Metal?…No. Was it ever going to be?… No. Is that a problem?… FUCK NO! This is death metal at its best. It’s solid, disgustingly heavy and hella fun. This record sucks you in and spits you out. As you come around you realise it’s been a few days, you’re wet, confused and missing a few limbs but you ask yourself…’Was it Worth it?’… Your damn right it was! 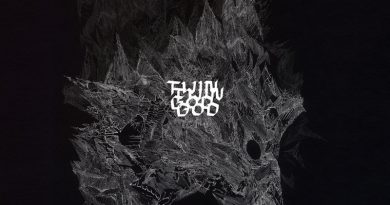