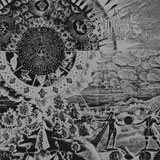 Undoubtedly one of the most notorious acts in British underground doom, Ramesses tore a hole in the scene and people’s hearts upon announcing their split earlier this year. Whilst fans are in their mourning period, Ritual Productions are shedding no tears and, instead, seizing the opportunity to celebrate some of the band’s best work with the reissue of their debut album ‘Misanthropic Alchemy’. Thrown in for good measure are EPs ‘The Tomb’ and ‘We Will Lead You to Glorious Times’ as well as rare track ‘The Glorious Dead’– until now only available on vinyl.

Originally released in 2007, ‘Misanthropic Alchemy’ hasn’t aged a day and is still relevant as ever. All tracks glide seamlessly through the darker, grittier reaches of metal; shifting from bone shattering doom, merciless sounding death metal, all the way through to terror inspiring black metal. Ramesses were, and still are, the masters of creating discomfort through sound. The EPs included are a stark reminder of the burgeoning build up to the enormous sound that we are now familiar with today – even starting out Ramesses possessed a powerfully hypnotic sound that resonates throughout the rest of their discography.

Live songs on this double album, ‘Lords Misrule’ and ‘Ramesses Part 3’, show the trio at their most potent when performing on stage and will be a nostalgic trip down memory lane for those who were there to experience the magic of the ritual in the flesh. Devastatingly crushing moments captured in time and genuine pieces of musical history; even doom fans not present for these performances will be able to appreciate just how heavy these Dorset occultists were when they took up their instruments. 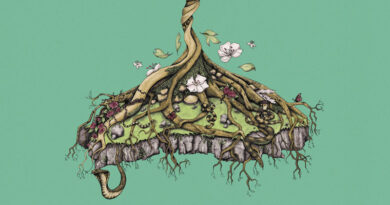 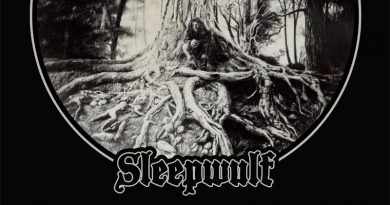