Motorpsycho have been unfairly robbed of world domination by a fashion obsessed United Kingdom and U.S.A. since their inception in 1989. However, with a loyal and cult following in their hometown of Trondheim, Norway plus Germany, Italy, Belgium, Scandinavia and the Netherlands they have all been enthusiastic converts for many a year. The UK and USA’s loss I reckon. Who needs them anyway? Does it bother collectively Bent Saether (bass, vocals, guitar, keyboards and drums), Hans Magnus ‘Snah’ Ryan (guitar, vocals, keyboards, mandolin, violin and bass), or Tomas Jarmyr (drums)? Probably not. They always seem too busy creating and releasing albums and seem more inclined to let the music speak for itself.

Motorpsycho maintain a long-standing and powerful presence on the European rock scene to this day with sheer hard work and raw talent aplenty. 2017 saw them inducted into Norway’s version of the Rock and Roll Hall of Fame and they’re arguably one of the most innovative hard rock bands still around with one eye on the future, but also quite a few nods to the past. A past spent studying and loving early 70s progressive and heavy rock, including many luminaries of that high class and standard in heavy rock. Far too many to mention as I feel their names are dropped far too often and lazily in rock music reviews, so I won’t. You know who they are, plus you can hear their influence all over this record.

However, there is a hell of a lot more to Motorpsycho than rehashing 70s prog and heavy rock. Somehow, they’ve managed to continually reinvent themselves and stay relevant in the 21st century with each new album pushing the boundaries. Quite a feat considering their huge output. Their back catalogue easily matches any of their heroes’ records and Kingdom Of Oblivion is no exception.

Kicking off with a familiar riff The Waning Parts 1 & 2 impresses on the listener their talent and ability to still create songs with a great diversity and atmosphere while also hitting you hard where it matters most, your head and your heart. Title track Kingdom Of Oblivion maintains this spontaneity with an interesting and powerful wall of sound. The balance and influence of electric and acoustic stringed instruments on the whole album were used a lot during the golden years of 1969 to 1973. The band take this on board adding light and shade to what’s on display, Lady May 1 being a great example with its folk influenced vocal and acoustic style.

Cormorant finishes off this progressive masterpiece in style…

The Watcher originally released on Hawkwind’s 1972 release Doremi is attempted and executed well with help from The Crimson Eye capturing that dark, psychedelic vibe so prevalent on many old school progressive rock albums, many that are still celebrated today by the rock press. Tastefully executed, its well placed on the record and proof that considering the flow of an album, is still worthwhile and a skill in itself. Like a book that reads well, this album flows and carries you, the listener, along with it, at a nice pace and on a decent journey.

Dreamkiller takes it down then grabs your attention as the storm arrives and the battle sounds like it’s just begun. A real standout track bringing to mind Jethro Tull at their earliest and heaviest. The vocals are sometimes reminiscent of the kind of British folk of the late sixties to my mind. Then it all melts into Atet, an instrumental and stunning acoustic track which helps you picture and really feel the calm after the storm.

At Empire’s End is an epic creation and a real standout track. I recommend listening to this album on headphones to really experience all it has to offer and to avoid all outside distractions. The Hunt continues the folk influence with more acoustics reminiscent of a medieval get together. The vocal harmonies are perfect and work beautifully on this song and levels of creativity are through the roof. Three decades and almost an album released every year, it’s a wonder they manage to still have so many ideas, and sheer creativity, to complete a classic old school heavy and progressive rock record.

The wonderfully titled The Transmutation Of Cosmoctopus Lurker returns to the crunching guitars and soaring melodies Motorpsycho are so good at and known for taking us to last track, Cormorant finishes off this progressive masterpiece in style. Classy, interesting, diverse, emotive, thought provoking, honest, solid and full of great ideas and interesting arrangements makes this worthy of any old school rock album the band are using as their template, plus if released in 72 or 73, it would certainly have catapulted them to the top of the progressive rock tree and a record deal with the mighty Vertigo or Harvest labels I am sure. 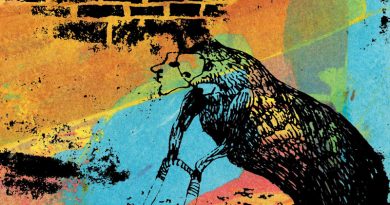