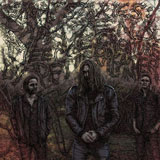 Given the interest generated by last year’s highly rated concept debut album ‘The Banjo’, Copenhagen’s own power trio of Stoner rockers Pet The Preacher have chosen to combine their Pre and Post album EP releases into a full length package that helps chart where they came from and where they are going as well as provide a stop gap before album number two is in the can.

If you’re familiar with the band already you will know that Pet The Preacher don’t really care for trends or fashion, what they care about is creating solid blues influenced stoner rock that makes you want to get down and dirty to a heady mixture of tunes that are part metal, part prog and all attitude.

The first 3 tracks are from the 2011 ‘Meet The Creature’ EP and show a band who are completely assured of their own ability and unafraid to make music that excites and experiments at the same time.

‘Into A Darker Night’ gets the show off and running with a powerful and expansive stoner jam that retains enough focus to make the tune an attention grabber, yet contains moments of indulgence that show the musicians to be more than accomplished at their craft. This is best shown on ‘A Part Of Me’, here the chugging riffs are augmented by deft lead touches that add a cocky, but well deserved flourish to the music.

In contrast ‘I Won’t Let You’ Go both features up tempo, hard rocking vibes that recall Mantra III and Demons era Spiritual Beggars; the flat out foot on the gas style grooves balanced out by teasing dynamics.

The first EP, which was recorded at Dead Rat Studios by Jacob Bredahl, is a defining benchmark for the band. All three tracks possess chugging riffs and huge, heroic, horns to the sky, anthemic choruses that manage to be aggressive and urgent when needed but never sacrificing melody and the ability to create a vibe like jam room synchronicity.

The second half of the release, the ‘Papa Zen’ EP, was also captured by Jacob Bredahl at the aforementioned Copenhagen studios and shows the benefits and progression that having written and recorded a full length album brings. Musically it walks very much the same path, but to simply dismiss them as treading water is to do them a great disservice. If ‘Meet The Creatures’ was them feeling their way and ‘The Banjo’ was them focusing their craft, then the second half of ‘Short Stories’ is the band cutting lose with assured confidence.

Opening with ‘Bright Land / Black Death’, Pet The Preacher begin with luscious blues drenched rock that is perfect for a lazy afternoon in the sunshine, featuring the soaring lead guitar work of Christian Hede Madsen, the fuzzed out bass of Torben Wæver Pedersen and the crashing symbol work of Christian Von Larsen. The result is mellow, yet heavy, rocking and yet somehow relaxing, all delivered with panache and passion that is topped off by Madsen’s deep tenor vocals.

Much like the first EP second track ‘Concrete Prophet’ is the one that goes for the jugular and revels in a the glorious stomp of hard hitting blues.

Closing with the title track, the band fully get back to embracing their prog rock leanings. Here more so than on the first half of the release Pet The Preacher take their sweet time to get where they are going, making you wait before they get to those massive slabs of seismic blues and towering chorus. If anything the challenge has made the individual band members all up their game and push themselves further that makes the stories they are telling all the more powerful.

If you were to build a live set from the two EPs combined it would almost be a perfect balance of prog indulgence and powerhouse rock. Unshackled from the strictures of a concept story, these songs still mange a unity and cohesive nature despite being recorded not only at different times, but also at different stages in this young bands career. It also provides a great glimpse into their future as they develop into musicians who are unafraid to experiment and unrestricted by the need to conform to a scene.

If you like heavy blues rock and metal, with shredding guitar, meaty basslines, driving drums, a singer with a the ability to roar and croon and just a whiff of the progressive indulgence then Pet The Preacher could well be your new favourite band. 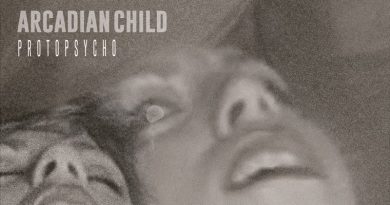