I know that nostalgia tends to get a bit of a bad rap, but don’t you sometimes think that the good ol’ days actually were better? Wouldn’t you rather watch Dogtanian over Paw Patrol? Smokey and the Bandit over Fast and Furious 27? Wasn’t Mumm-Ra the Ever-Living more shit-your-pants frightening than any cartoon bad guy the internet can produce? Moreover, he was liberally festooned with toilet paper which was quite considerate if you think about it. Clearly I’ve been watching too much TV of late, but I’m sure the same principle can be applied to music. Even if rock music didn’t peak in the early 70s, it can’t be entirely coincidental that so many bands still hark back to those halcyon days before solid-state electronics.

Enter Swedish four-piece Heavy Feather, featuring members of bluesy stalwarts Siena Root. I think we can safely say that they’re big fans of rock from back in the day and Mountain Of Sugar, their second album, delivers a healthy dollop of blues and country-rock influenced riffage that reeks of brown polyester and Fu Manchu moustaches.

While they’re by no means a carbon copy, an obvious contemporary point of comparison is Blues Pills: old school blues rock with a kick-ass singer. Vocalist Lisa Lystam not only has a serious set of pipes, she has a knack for interesting phrasings which really jump out. In a good way. And, as you would hope and expect, the guitar tone across the record is as warm and buttery as a crumpet, ideally one toasted over some well-heated valves and served on a plate lined with tolex such is its tasty analogue goodness.

The album kicks off in a rocking fashion with 30 Days which encapsulates all the good things Heavy Feather do in an easy to digest sub-4-minute sandwich. Guitar tone to die for, charismatic singing, an infectious groove, and even some unexpected backing vocals that really lift the chorus. It’s seriously good. Bright In My Mind is perhaps a bit too reminiscent of a Blues Pills song I’m too lazy to identify, but if you can get past that it’s a another good track on its own terms. I especially liked the whistling halfway through which was much cooler than you might think.

Third track Love Will Come Easy is, for me, the best and most memorable on the album. It’s got that raw bluesy edge that The White Stripes nailed, at least in the early part of their career, except here it’s paired with a proper singer and rhythm section. Again, I really liked the prominent use of backing vocals on this track, which made me wonder why they seem so thin on the ground in heavy rock these days. I’m not entirely sure if the title track is intended as a criticism of over-generous agricultural subsidies, but in any event it’s another cracker with a stomping groove and a catchy chorus.

After that strong start, I do feel that the album goes off the boil somewhat. It’s not that the rest of it is bad by any means; it’s just that I’ve found my attention tends to go a-wandering every time I listen. Too Many Times is a good example: it features some tasty slide guitar (and I absolutely love slide guitar), but the song itself is just a bit forgettable. Rubble And Debris is another one that has promising elements (in this case a choppy verse riff that reminded me of early Deep Purple) but doesn’t quite deliver.

That said, while the album struggles to match its blistering start, the positives definitely outweigh the negatives. The mellow ballad Let It Shine works really well and the other slower number Sometimes I Feel (which features guitarist Matte Gustafsson on vocals) is pretty sweet and completely nails the early-70s country rock vibe. Overall, while Mountain Of Sugar might not be a completely essential listen, I can think of many worse ways of spending 45 minutes. Give it a go and allow yourself to dream that mobile phones haven’t been invented yet. 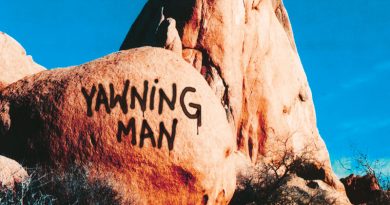