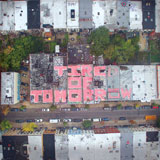 Philadelphia’s NOTHING are an intriguing prospect. Signed to Relapse who is usually associated with more abrasive types of music, this is an emotional heavy weight contender rather than an ear battering visceral experience. Walking the line between bright shimmering shoe gaze and darker themes, this is a band whose inspiration may be born from a place of tragedy, troubled experiences and real life difficulty but they have channelled them into a paradoxically euphoric experience.

Their previous album, 2014’s critically acclaimed Guilty of Everything dealt with the darker issues surrounding vocalist Dominic Palmero‘s 2002 incarceration on aggravated assault charges and set the stage for their knack of blending the grim realities of life and a preoccupation with negativity, misanthropy and the human condition. These dark themes are accentuated by the brightness of some of the music surrounding them, when NOTHING dip into their loud and dark side it throws the previous light and airy music into sharp relief.

On Tired of Tomorrow the narrative theme is very much one of working through these personal tragedies and striving to cathartically express the difficulties of these real life events through music. It is a record born out of a chain of events that forced Palermo to drastically re-think and re-shape his perspective about both life and music (he was attacked and suffered brain trauma in 2015). Borrowing from personal memoir and external works alike, NOTHING have worked the deepest influences of their youth and maturation into a package that’s ultimately at its most relevant in the present day.

In addition to the hard nature of the inspiration behind this collection of songs Tired of Tomorrow was originally set for release via Collect Records, until the band discovered that the label had been funded by the now-infamous hedge fund manager Martin Shkreli, whose roster subsequently dissolved under the weight of the unsettling controversy surrounding him. Though the album was written before the Shkreli debacle, Palermo sees those events to only have strengthened the sentiments and ideas behind Tired of Tomorrow, rather than confuse its message.

At times they resemble the mellower moments of the Deftones or even Chino Moreno’s Team Sleep project as the music is a blend of live and electronic instruments that simultaneously have a robust and ethereal sound. Over the course of the album there is plenty of variation from the playful, yet soulful dance of Fever Queen and the breathless vocal whisper of The Dead are Dumb which contrast with the hammer, muscular riffs and music of ACD and the crushing menacing edge of Curse of the Sun.

There are so many layers of complexity to NOTHING as they take you on a journey from Gary Arce like airy and progressive shoe gaze with Palmero’s voice lilting soothingly telling tales of bitter sweet regrets or intoning darkness that reveal a little more of their punk and hardcore roots despite the nineties alt rock leanings of the music. Lyrically this is a bleak trip through heartache and fears, real and imagined and a deep anxiety that actually resonates and sinks in subconsciously when backed by what really is beautiful music.

Tired of Tomorrow is a strange album, one that should be melancholy and downbeat, something which doesn’t really become apparent until the weeping strings of the title track at the close, but in actual fact is a mesmerising glimpse into the human physique framed around some great music.

Not one for every day, but when you take the time to listen to it properly, it’s something quite special. 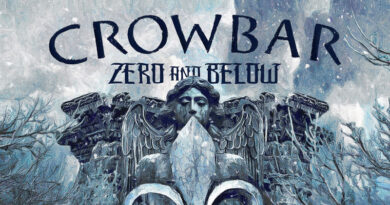 Review: Crowbar ‘Zero And Below’