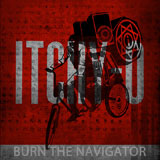 Itchy-O are a thirty-two piece (yes, you read that correctly; thirty-two) Denver-based, percussion-centred electronic marching-band. Their faces hidden behind black, luchador-like masks, oversized, LED covered sombreros on their heads, their uniforms prominently displaying the IOMB (Itchy-O Marching Band) heptagram insignia, these guerilla noise-makers are, in their own words “waging war on predictable mediocrity with blind-siding-style performances which feature an artfully hazardous Chinese lion, a troupe of sensuous dancing provocateurs, fog, strobes, sequins, sweat and fury”. Other than percussionists, Itchy-O have one guitarist and a bass player – both of whom carry their amps strapped to their backs – everyone else is wielding some bizarre variation on, or amalgamation of, home-brew vocoders, synthesizers, effects pedals, and theramins; again, all strapped to their bodies. The portability not only enables the band to march, but also to get in amongst their listeners and project sound from unexpected angles. The aim is to create an immersive experience where the barrier between performer and audience member is broken down.

I’m not reviewing a live performance here but some background on the anatomy of the hive-mind entity that is the Itchy-O Marching Band is, I think, key in appreciating their first album release Burn The Navigator. It’s important to understand that Burn The Navigatorisn’t an attempt at creating music that sounds like some kind of Bacchanalian peyote carnival – it’s an attempt at bottling the raw energy of a genuine orgiastic noise-circus and squishing it down into eleven audio tracks.

Orange Dev announces itselfwith literal fireworks, 8-bit car-alarm, and ascending, air-raid siren synth tones. Stomping percussion and a Residents-esque melody welcome us into the world of Itchy-O as the rockets continue to scream toward their destruction overhead.

Garden of Igigi is constructed around a suitably Mesopotamian – or at least Middle Eastern – sounding riff with much more aggressive, attacking drums building beneath. A moment of genuine sonic overload clears the path for a nasty digi-wah guitar to thicken things up a bit.

A dramatic orchestral sample opens Burn – an elated march built around two repeating riffs and a host of sirens which feels like it could loop around and around forever.

Jaywalker waggles its wonky arse across the road past honking traffic, giving zero fucks as it does so. Wild Mountain pounds tribally with its guttural digitised vocal sounds and white noise whistle leads.

Nefratata opens up with squakky scrambledness that might be human or could be horns and clean fragile music box tinks before bouncing on into more menacing territory.

The Merkabah‘s digi-whispering and eerie synth intro almost sounds like something by Warning until a driving, delirious voice-scrambled ritual invocation begins.

Exotica animal sounds, twitterings, and yelps form the background for the bass heavy, resistless swagger of the Dance Of Anunnaki, while Inferno No Corridor’s lowing cattle and vocoder mumblings take on new meanings as the percussion builds and builds and builds to a frenzy.

Monkey Fist has a measured and sparse build up compared to what has gone before. When the guitar and voice-sounds come in just past the half-way mark I’m once again reminded of Warning’s gloomy pre-industrial electro rock, which is no bad thing.

The drums on Burn The Navigator‘s closing track Larry’s Romp pound to the point of near distortion. It’s a percussion based rite – a primal thing which makes humans move, their hearts pump in time with the beat of the drum. It’s insistent and it’s irresistible.

Had I listened to Burn The Navigatorwithout knowing a little bit about IOMB, I’d almost certainly have assumed the record was the work of a small group, or maybe even an individual, working in a studio. I can’t hear thirty-two people on the record, but I believe in the idea of their being that many behind the music. In that respect Burn The Navigator is just a taster, a mere sample, of the power of IOMB and the magic they wield to make you (yes, even you) move your arse and bob your head to the beat of their many, many drums. 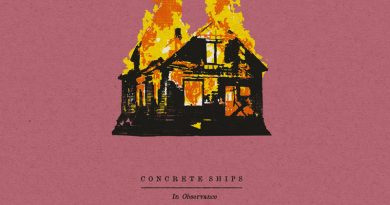