There are times where you want to hear something new and fresh within a tried and tested genre, but at other times you just want to hear an updated version of the classic sound. Swedish duo Deber are producers of the latter, creating a modern take on the old-school funeral doom sound of the likes of Evoken and Mournful Congregation.

Aspire To Affliction is the debut album from this duo, who hail from Uppsala in Sweden’s most populated region. Looking into the city from the woodland where the album was recorded, the band took inspiration from the misery and depression that pervaded, crafting a suffocating yet spacious sonic landscape. The band utilise the organ in a way that instantly harkens back to many of the pioneering funeral doom bands, but the production overall has a thickness and weight that those ’90s recordings inevitably lack when listened to with modern ears.

The despair and gloom that has always been a vital part of the funeral doom sound is here in spades, and the genre’s origins in death-doom are also evident in many parts too. Deber‘s sound isn’t progressive in the way that Pantheist or Esoteric sometimes is, and it’s not got the gothic flourishes of Skepticism, or the pure heaviness of Tyranny either. Instead it sits somewhere in the middle of all these, with melody and tone in equal balance through the elongated death-doom brutality.

The opening title track is a perfect ambient scene-setter; it’s all weird drones and unsettling timbres that set the listener up for the main body of the album. Pestilence draws forth an increasing air of melancholy the further it goes on, with the minimalist lead guitar lines and tri-tone melodies dripping with despondency. Decay takes things even further as the low guitar chords ring out powerfully against the thumping drums. There’s plenty of movement in the track, but the tempo is kept appropriately slow and never does the activity in the melodies overwhelm the solemn atmosphere.

Soulbind sees the record reach it’s darkest and heaviest moments. The death growling vocals roar with a ferocious depth and each guitar chord slowly bludgeons the mind with thunderous bass. The melodies delve into cleaner tones in the middle section, before a wealth of anti-harmonies and subtly atonal chords provide a lasting discomfort. The record is closed out by Deber, a shorter ambient instrumental that leaves the listener with a haunting, lingering atmosphere.

If you’re bored of the classic funeral doom style then Deber might not be for you, but if you love the sound of sorrow and anguish that funeral doom does better than any other metal genre, then Aspire To Affliction will be right up your street. Although it adds little in the way of innovation to genre, it brings forth the archetypal elements of funeral doom into an engaging form of modern heaviness. 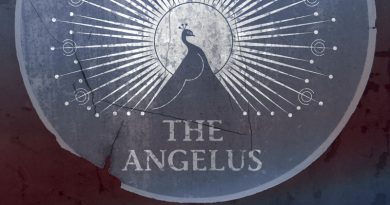