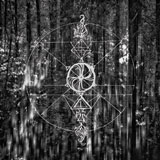 The band may have taken their name from a Doors song as there are little psychedelic elements to the nerve wrecking drone doom Horse Latitudes produces and after three years of silence, the group returns with a new record titled Primal Gnosis. Come join for the sonic mass.

Since their 2013 album Black Soil, these gents have been releasing splits and other material, all leading up to this new endeavour. I can’t help but link the band to the flourishing (yes, their sound makes flowers wither, but you know what I mean) Finnish funeral doom scene. Slow, cascading big riffs make up the main part of the sound, but there’s also a void created by the minimal use of effects and distortion, giving a sacral effect of echoing halls or caverns, depending on what kind of ceremony you picture. Incantation seems to leave space for multiple interpretations. The chanting completes that image. The slow processing drones are mostly amplified by the jagged clatter of cymbals provided by the drummer.

On the next track Spirals, the sound becomes a bit more threatening and dark than its 18 minute predecessor. The vocals soar and the build-up is more present than the static rhythm of Incantation. Vocals are barked at the listener in the first part of the song, but past the half way mark it gets an upbeat little tune going. It’s a weary and sad one, like the sinking of the sun at the end of summer in the sea, but it’s beautiful with the organs joining in to give it more texture. Towards the end the song swells again, even adding some spiralling electronics that forms a sonic blanket for the listener.

A bit of relief is needed by almost half an hour of this droning joy, so luckily Emergence offers a moment of just that. The trickling synths feel a bit Burzum-esque (the ambient stuff obviously), which is no a bad thing in my book. Even though the album has five tracks, they feel like a complete unit. You notice the intermezzo shifts into New Dawn, when you hear chanting in a distance that sounds uncannily like Einar Selvik doing a bit of Wardruna. When it’s sufficiently calmed you, it suddenly switches to a blackened bark. It’s the ability of the band to constantly find you off guard that keeps this one hour plus record so interesting. The beams of synths a moment later offering you a feel more akin to the perturbators of this world, instead of a doom band.

I’m not sure if I would have given a bit more room for the vocals to stand out. The long repetitive journey may benefit from some more storytelling through the vocals, but they’ve been mixed to the background. In a way the level of volume that’s given to them, makes them feel mor  like an element in the texture of the song, taking away whatever the words may have to offer. This is particularly the case on the chaotic and unholy Beast Of Waste And Desolation, which peaks as the longest on this record. Again within a chaos of drones, cymbals and a hypnotic beat, the howling vocals speak of madness. The swirling sound grabs you completely and drags you along.

This record is well worth the play time of more than an hour. It’s enthralling to get submerged into the repetitive sounds and thick slabs of guitar work. Masterfully done, if I may say so. 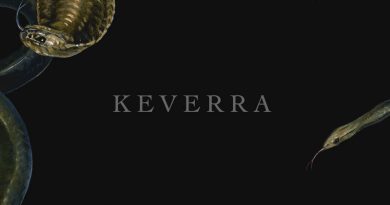