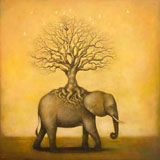 Haoma are a Swedish two piece consisting of Hozomeen on Interstellar Thunderstorms and Obelisk (nope, not Asterix’s fat ginger mate) on Bass Quakes and Drones. Thankfully they have the chops to back up the description. Hopefully this wont stay stuck at the demo stage too long, I’d snap it up whatever format it came out on.

Opener ‘Stone Obelisks and 99942 Apophis’ sneaks in all slow sneaky bass drone and takes its own sweet time before it gets all crunchy with distortion. A dialogue sample weaves its way through the first part of the song. It sounds like it could be Terence McKenna rapping about aliens returning to give humanity another evolutionary boost – its well-placed. Hackneyed perhaps, but it certainly doesn’t detract from the song. The vocals confused me for a while, on the first few listens I was sure they were female, now I’m convinced they are not. They’re a pretty high register for a bloke but come over as wistful and not annoyingly falsetto.

Strangely, the first band this reminds me of are a bit of a left-field curve – to these ears at least, Haoma sound like New York Drone Miserablist Trip Hoppers Bowery Electric. Unexpected, but a very pleasant frame of reference. Certainly, these guys know a thing or two about pacing, letting the songs slowly take form and then drift away.

Second track, ‘Concrete Shaman’ does pretty much the same, with the added joys of some pleasantly echoed ghosting on the vocals and some very deft time switches halfway through. The drumming (sorry, “interstellar thunderstorms”) is nicely fluid and the shifts in tempo don’t sound contrived. The cymbals have a nice compression that makes them sound like gated white noise – I’m not sure if it’s all deliberate, but I’m really liking the production on this.

The third track is just a brief interlude, ‘Grey Species’ kicks off with some eerie synth washes that degenerate into alien machine chatter then lurches into some kind of mangled horror soundtrack, before the closer ‘Astrospliff’ comes in on a mean moody bassline, that reminds me of Peter Hook circa ‘Unknown Pleasures’. This track bears up with the rest of the demo – Haoma are obviously fans of the “Far away and down a well” sound. What really impresses me is how much melody they manage to wring out of so few sparse elements.

There’s plenty on this demo for fans of vintage fuzz as well as folks more inclined to more abstract drone. Well worth checking out. I hope this gets a full release. 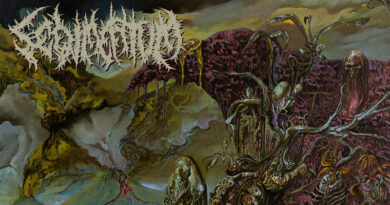 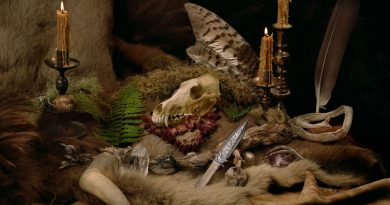