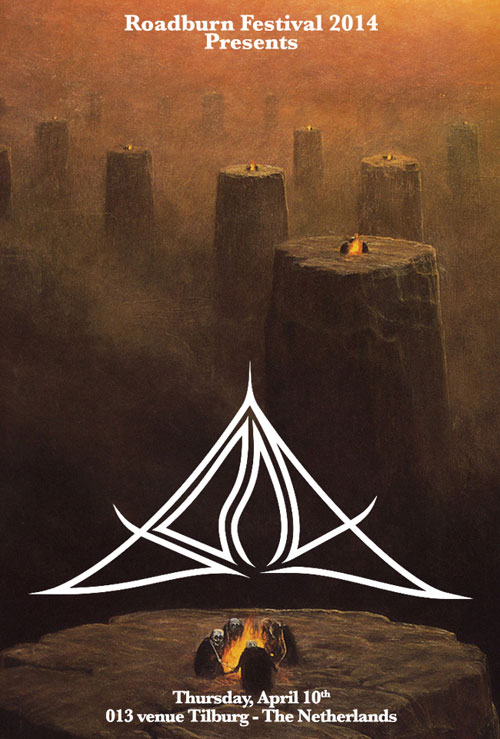 Shamanic leaders of psychotropic doom excursions to the farthest reaches of lysergic space and time, Bong return to Roadburn in 2014!

Exploring the outer reaches of raga-like doom /psychedelia, Bong are meant to be experienced in a live setting and we are ecstatic to have them back to Roadburn, playing on Thursday, April 10th at the 013 venue in Tilburg, The Netherlands. Strap into the cockpit of your own private space ship and prepare to experience the inexorable journey to the darkest corners of the doomiverse.

Electric Wizard gave us doom-mantia, and Bong stretch that concept out into doom-mantra… a sound where space and time are suspended, and drone, doom and sitars wash over you while you depart this space-time continuum to become suspended in distortion, propelled by slowly mutating drum patterns toward doom enlightenment.

Join us as we turn Roadburn over to Bong‘s mystic vision quest to the molten center of doom.