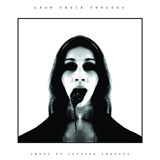 Having seen Gnaw Their Tongues live this past October, I can honestly say that we’re talking about one of the most intense acts in heavy music today. It’s not just noisy, it is harrowing and disturbing, almost like the soundtrack to the darkest nightmares the human mind can conceive. What we have here is a schizophrenic and wicked blend of black metal, drone and noise. Art doesn’t always have to be beautiful and the world itself is full of pain and violence – in a way, listening to Gnaw Their Tongues is like exploring the evil and cruel aspects of life.

Obviously, this music isn’t for everyone, as it requires a certain level of open-mindedness. However, those who are into experimental and unorthodox genres will certainly find meaning and artistic integrity in this unique project developed by Dutch musician Mories. Many will take a look at what he does here and think it is nothing more than pure and mindless noise, but while the savage nature of this project is undeniable (even the cover of the album is quite graphic), the intelligence of the material is what makes it so special.

As in previous releases, the compositions remain very visual, allowing the listener to imagine the horror depicted in these terrifying collection of songs. Lick The Poison From The Cave Walls is the first chapter of this musical experience and it certainly is agonising: there is desperate screaming, sick programmed percussion and a deafening wall of sound. The clever use of eerie church bells takes the music to a whole new level of emotion and madness, and as strange as it may sound, the passion felt throughout the entire album is almost poetic, like we are witnessing the beauty of darkness and are suddenly enchanted by these apocalyptic sounds. It’s quite remarkable how Mories manages to create something so hateful, demonic and insane, but he does it and he is certainly a genius at his craft.

The length of the album (43 minutes) is also perfect because it avoids that feeling of repetition we sometimes get with extremely brutal albums that last way too long. With this kind of sonic intensity, a short yet vicious assault on our ears is the way to go. When we’re done, we feel exhausted but happy…  Abyss Of Longing Throats is definitely one of those records that takes you to the limit – the work of a musician who keeps pushing creative boundaries and even himself. 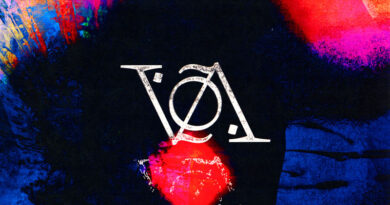 Review: Hammock ‘Love In The Void’