Forever Alien (Johnny Jay) is an Edinburgh based musician whose name is taken from a Spectrum album/track of the same name. Spectrum is one of many projects from Spacemen 3’s Pete Kember whose work you should be investigating ASAP if you haven’t already. Chasing The Dragon sees Forever Alien teaming up with newly formed Italian label Dirty Beach and is the follow-up to the 2018 Safe As War full-length (released on Bulbless Records). The EP is the third release by the label alongside Unruly Girl’s Epidemic and 23 And Beyond The Infinite’s Elevation To The Misery (which I reviewed for The Shaman back in July).

The EPs cover art is by graphic design artist Ryan Marinello and brings to mind Wire’s 154 album with its stark minimalist approach. That album saw Wire evolve beyond post-punk, incorporating more electronic and avant-garde elements. Ryan also runs the TEESH club night at Sneaky Pete’s in Edinburgh which incorporates genres such as post-disco, house, Balearic and new wave to name but a few. The stage is set therefore for the music to come.

Opener Shadow Above is a slice of ambient techno, the icy cold veneer of the synths remind me of Cliff Martinez’ score for Nicholas Winding Refn’s superlative yet disturbing Neon Demon. As with that work, the sounds here betray influences from Tangerine Dream and Giorgio Moroder. Next we have the harder sounds of The Haunted Room which delivers you a punch to the gut from the off. The main riff oddly recalls The Cure’s Let’s Go To Bed when that band adopted more of a synth-pop sound. It offered a nice contrast to the more sedate opener.

If the electronic realms of music are for you, then you’ll find this a veritable delight…

From there we move onto The First Time, the preview track for the EP and features a video by Russian visual artist Roteker. The track certainly has a great deal more subtlety and depth in comparison to the preceding numbers and the sound has a Recurring era Spacemen 3 feel to it, especially the track Big City with its acid house inclinations. There is a Psych flavour to it and you could easily lose yourself in its tones. It’s Gone has a darkwave sound ala Depeche Mode’s BDSM themed Master And Servant. One could imagine the track being played at such a club for people with those kinds of fetishes. I really love this number and Johnny Jay does a brilliant job here of taking you on a journey to the darker, seedier side of life.

Don’t Be Scared To Try is the longest track on the EP at over nine minutes and has a heavy and uncompromising nature that one could envisage emanating from Skinny Puppy, a dash of Swans from their Greed, Holy Money and A Screw period, but most of all, Psalm 69 era Ministry, particularly the track Corrosion, which shunned guitar momentarily in favour of a more traditional old-school industrial flavour, as opposed to the then emerging industrial metal movement. This is an excellent way to finish the EP. I don’t dance or ‘throw shapes’, but if I did I would undoubtedly do it to this beauty. I have no doubt I would be pouring sweat, be exhausted yet ultimately grateful and rewarded for the cathartic experience offered by this track.

If the electronic realms of music are for you, then you’ll find this a veritable delight. That said even if you wouldn’t normally venture down these avenues, I would still recommend Forever Alien as it demonstrates electronic music’s diversity and creativity. This is an engaging release that serves as a useful gateway to the genre. 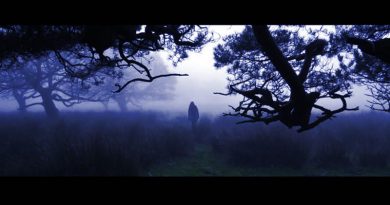