Although originally gaining traction in the late 80s and early 1990s, ‘dungeon synth’ has had a resurgence over the past several years – its black metal via medieval black smith ambience providing the perfect fantastical reprieve from a current reality that’s, well, not too far off from a poorly authored doomsday novel. Taking aesthetic and musical cues from the late 15th and 16th century Renaissance period and blending it with enough modern day melodrama, the genre leaves the door wide open for artistic exploration; from sparse solo performances to full fledge orchestras, dungeon synth spans the gamut with one common uniting thread—escapism.

The Netherlands based Vetus Supulcrum, aka Maurice de Jong (perhaps better known for his work as terror-noise juggernaut Gnaw Their Tongues), has been a prolific goldmine for the genre in particular, with four full lengths and one EP to his credit since the project’s 2019 inception. His latest, Windswept Canyons Of Thule, doesn’t deviate too far from the dungeon synth blueprint, but de Jong’s consistently solid track record should encourage any listener to brush off their D10s and D20s and roll the dice – from a creative standpoint, there’s always something deeper at play with de Jong’s work and this album is no exception, so taking a chance is an easy gamble for newcomers.

More Spleen And Ideal era Dead Can Dance than a murky background video game soundtrack, the quality is evident from the opening title track. Beyond the ominous atmosphere, pounding drums, and emotive synths, each of the eight tracks gives you an overwhelming sense of triumph – even when tracks like March Of The Black Legion or Lord Werewolf Howls For War make you feel like you’re on your way to the guillotine, or at least dragging someone there – victory is nigh. Compositions are succinct, with most songs around four minutes, and the production is loud, in your face, and crystal clear, all yielding a very efficient, impactful journey.

A Strange Light From Beneath is a great example of why this album succeeds – raw synth tones in the foreground give a layer of textured white space for mournful melodies to shine; a near unintelligible guttural spoken word caps off an overwhelmingly sombre vibe. Funeral Procession amplifies this darkness, thriving on reverberated, trance like percussion and hymnal chants. This is mood setting music, and one of few albums to convey intensity and placidity with equal consistency, often within the same measure.

While this album isn’t the vanguard center piece for dungeon synth, its power lies in its relative accessibility and superior song writing. It may not draw in a sleu of new fans to the scene, but could easily be the gateway to those willing to invest in a reward well worth its weight in experience points. 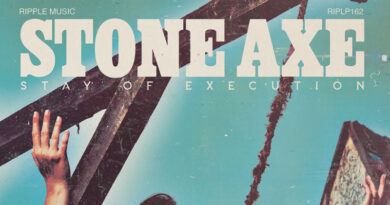