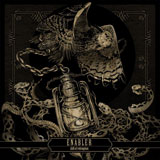 There was a time when Metalcore was a shining beacon of awesome that was supposed to save us from nu-metal, until someone quickly cottoned on to the fact that it was essentially just taking the worst things from two genres and trying to pass itself off as superior to one inherently flawed one, but with all such things, there are exceptions. Converge were one, and Enabler are most definitely in the same boat.

‘Shift Of Redemption’ is almost a direct progression from All Hail The Void’s polished kick to the neck and while these four brief cuts aren’t offering anything new, they do an admirable job of not fucking up a great thing. There’s some high-energy melodic d-beat that comes out swinging and never lets up until it’s left raw and bleeding from the knuckles, a hearty ‘fuck you’ that recalls classic NYHC but without the boneheadedness and a short burst of brooding malevolence that turns the tempo down considerably but compensates by ramping up the vitriol. Basically, it’s everything that …Void delivered, but in miniature.

If you need any kind of vocalisation of what these 12 minutes sound like, Jeffrey Lohrber’s roar of “Fuck you, fuck you, fuck you forever!” on ‘Live Low’ pretty much says it all. It’s delivered with an intensity that says his eyes were probably straining to escape their sockets at that point, and there are few moments that ever tone it down. Only the slow, steady prowl of ‘Fall Selflessly’ dials it back, with more of a desperate pain to his voice, still teetering on the edge of audibility but with less of a manic rage.

In almost direct response to the complaints from the crust elite on the crisp, melodic direction they’ve been taking lately, Enabler sound better than ever here, guitars nailing both needling, driving high-end harmonies on Live Low’s bouncing post-chorus breakdown, thankfully avoiding the one-chord chug that word normally evinces, and the hellish murk of the title track as it free-falls into a rage-fuelled oblivion. It’s accessible but no-one can deny the energy and single-minded whirlwind of brutality that they work up when they hit the spot, even if they never quite build up the steam they’ve demonstrated before.

In short, this is most definitely a release for the fans, but it’s one to savour nonetheless. They’re showing a level of songmanship that doesn’t seem to be abating and marrying blunt, honest fury with a note-perfect groove that’s so fucking invigorating that turns a simple walk to work into a razor-lined gauntlet that prepares you to kick the arse of the coming day. Everything about them suggests that it’s what people first had in mind when they heard the word Metalcore all those years ago: energy, conviction and damn fine riffs. 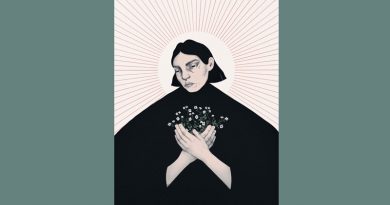