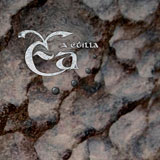 Funeral doom is a very small subgenre when it comes to metal and not many good and dedicated bands last. This subgenre was in fact the one that drove me to the slow and heavy kind of music more than fast and brutal as I was a dedicated death metal kid in my youth. I can still remember someone playing the Thergothon ‘Fhtagn Nagh Yog-Sothoth’ demo in 1991 at a house party and I was sold instantly.

There are not many bands surviving playing funeral doom as it’s an art to get that special mournful feeling and I can count the bands still playing, and defunct, that I still listen to on one hand and amongst Finnish giants as Thergothon and Skepticism, Ea is up there. With their mysterious, haunting, beautiful and totally depressing music they’re mysterious in more than one way as no one is really sure where they’re even from. Rumours say its Russia but who knows and who really cares?

It’s hard in any genre to leave an imprint such as Ea. When suddenly one day out of the blue you just have to hear a song from them, they sure left a scar that will never heal. And when you find that record and that song it’s like a relief like no other.

The mystery surrounding Ea is reaching from where they’re from and whom is in the band to what the hell their lyrics are about. It’s said to be centred and also sung in an ancient dead language, somehow resurrected and Babylonian, Akkadian, Sumerian is also rumoured to be its origin. It sounds strange and like nothing I’ve heard before and just as I like it, no words making sentences that make any kind of sense but at the same time allow you to take your mind off into the music. That’s also a reason I like funeral doom, the lyrics are often so growly and low that you can’t make out a single word. Like an extra instrument.

‘A Etilla’ has it all within a 50 minute long song. Ambient, sorrow filled and sombre effects with synthesizers flowing in the background. The pace isn’t ultra-slow but reaches from very slow to some mid-pace parts with added double bass drum clatter reminding me of death metal. Melodic, mysterious, sombre funeral doom is what Ea treats you to and as with all their previous albums, it’s once again released through Solitude Productions, who were fortunate to sign them years back and have since released all their records, what a find!

Ea have existed since 2005 and with four full length records behind them, they’re not new to the game and are perfecting their take on funeral doom with every release. The synthetic made harmony and effects are spot on and we all know how easy it can get a bit too much and come over cheesy or even goth. Ea manages to add these synthetically made sounds to their metal perfectly and the harmonies, choirs, rain and other background sounds they have going on makes this a really good funeral doom release.

Many doom metal groups have started as a funeral doom band but many have left their path for other types of doom and so many have, in my opinion, failed miserably (no one named, no one blamed). I can understand it’s easy to feel like you’re stuck in a very thin genre and wanting to do something new but please make a totally new band instead of breaking our slow beating black doomed hearts when you think you’re going to hear a new funeral doom album and are hit with something completely different. It’s not always a bad album the previous funeral doomsters have created but it’s never a good start to let your old fans down. Of course this happens in all genres but lately I believe it has happened to funeral doom a bit too often. Luckily we have the old legends still and I really believe that Ea is going to be one of them. 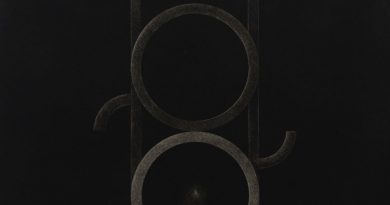 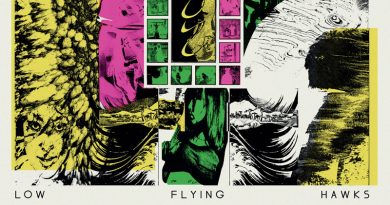