There’s a point early in Zwarte Staar, the powerful third track on this debut album by Doodswens where, in spite of the language barrier, vocalist/guitarist Fraujke communicates an almost indescribable combination of sorrow and pain, interwoven with a hanging guitar chord and harrowing rasp in a way that is universal. Given their name means ‘death wish’ in their native tongue, it’s unlikely the band are singing about anything particularly pleasant anyway, but this brief moment of visceral connection establishes their intention with the directness of smack in the face. You don’t have to understand Dutch to understand anguish.

Doodswens are at the more coherent, more melancholic end of the black metal spectrum, but are still rooted enough in the genre’s core musical traits as to not be too surprising – Lichtvrees will probably not do much to convert those not already deep in this particular black forest. What, then do Doodswens offer that others don’t? Well at this early stage they’re still on their initial steps, but there’s definitely a recognisable path of their own being forged. Theirs is a relatively expansive sound for a duo, thanks in part due to a production that is clear and crisp, but not shy with the reverb. Although the production helps, the illusion of vastness is down to the musicians themselves, with the guitars, in particular, sounding like an enormous swarm of bees flying in all directions at once. As barbed as the riffs sound, they’re so full it’s impressive to know they’re the work of only one player.

The songs are always moving, rather than reliant on the hypnotic effect so many bands opt for with reduced line ups. There’s not the crutch of a trance state achieved through repetition for Doodswens, and every note on here has been laboured over. That’s not to say it’s an overly ponderous piece of work, however, as the album is all about feeling, rife with an anxiety, teetering between sorry and rage, but never falling off the scale. This is still very much a black metal record after all. Lichtvress comes with all the nihilistic musical tendencies, but with a refreshing lack of pretence.

As barbed as the riffs sound, they’re so full it’s impressive to know they’re the work of only one player…

The second half of the album is where the duo’s ideas shine brightest, yet also falter somewhat. Het Zwartewaterland distills all the best of what Doodswens do into its most palatable, but also its most restless form. The melancholy of the main riff contrasts with the feral quality of the vocal delivery, and when the pair speed up, the song seems to intensify, as if it’s becoming physically larger, filling more space and becoming a tornado around you.

It sets up the two-part title track perfectly as a fantastic opening riff is brought to its logical faster conclusion about halfway through, Fraujke tearing her own throat over the top and howling into the night. Lichtvress II, however, and the earlier IJsheiligen that begins the four-song sequence, feel like brief riff ideas that haven’t fully been developed. The former, Lichtvress II, as such is reduced to outro status, rather than being a starting point for what could be a great song, the latter, IJsheiligen, is just too short. It’s frustrating in that regard, but a sign that there’s no shortage of ideas at least. Certainly, a band capable of writing a song of the quality as Endzicht this early on – as direct but enthralling as black metal comes – have plenty of potential to build from.

Lichtvress is a fine debut album, as well as being a strong entry into an already impressive Dutch black metal scene. It’s an album that sneaks into the subconscious on the quality of the riffs alone, and which stands up to repeated listens. Black metal is at its’ most powerful when it feels like the artists are creating music which is a living breathing entity, entirely separate from the humans creating it, and in that regard, much of Lichtvress is not to be taken lightly. 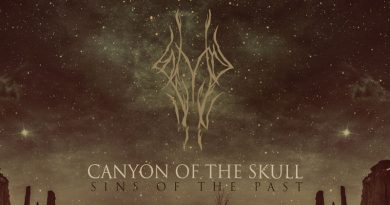