Ethan Lee McCarthy is no stranger to making extreme music, whether it’s the crushingly heavy doom/sludge of Primitive Man, the grindcore mayhem of Clinging To The Trees Of A Forest Fire or the blackened death metal of Vermin Womb. So, it kinda makes sense for McCarthy to have a harsh noise side-project.

Emanation Body is the second release from Many Blessings, following on from the 2018 debut Ripe Earth. The album cover features a photo by Teddie Taylor of a crocodile (or alligator?), signifying a thing of both beauty and menace, thereby setting the tone for the music I was about to experience..

The album consists of five tracks and totals at 42:56 which is about the right amount for music of this variety. Opening number Invocation is surprisingly ambient, so if you have become accustomed to Ethan’s other projects, this may come as a bit of a shock. Immersion is the second track and there is a more distinctive Middle Eastern flavour. It has what sounds like a distorted vocal with a slightly Arabian tinge. It’s less threatening and more immersive, as the title would imply.

Third track Pandæmonium is the longest on the album at over 10 minutes; it reportedly contains samples of chimps fighting over at San Diego Zoo as well as samples from old nature documentaries. The purpose of this number is to evoke the sound of your brain eroding and there is certainly an unsettling quality about it. The preceding two tracks did a terrific job of preparing you for the barrage of uncomfortable noise now on display. Its horrific, in a good way, reminding me of the late Rozz Williams of Christian Death’s Premature Ejaculation project, which also made for a punishing and challenging listening. It could very well be my twisted brain, but I find this track oddly soothing.

Penultimate track Ruina is the shortest on the album and sounds like the aftermath of Pandæmonium. It’s the further erosion of your brain with heavy static in the background, it’s certainly less abrasive but no less migraine inducing to the uninitiated. If Pandæmonium is being at a gig and having your eardrums pounded for two hours, then this is the aftereffects of such prolonged exposure to the distorted goodness which you have just experienced.

Final track Harm Signal starts with just footsteps, rendering the track somewhat eerie before some soothing ambient drone melds in. There is a subtle doom jazz element which evokes the spirit of experimentalists such as Last Call At Nightowls and Bohren & Der Club Of Gore, especially with respect to the sense of hopelessness and loneliness that both those bands evoke. After the chaos of the preceding two tracks, it makes for a nice way to conclude the album.

This is an album that would serve nicely as the soundtrack to David Lynch’s Eraserhead, and I must admit to rather enjoying it even though I usually find music of a similar nature ala Whitehouse, Throbbing Gristle, Merzbow and the aforementioned Premature Ejaculation downright difficult at times. Ethan stated in the press release that this album ‘focuses less on aggression and more on vibe and movement’ and to this extent he’s achieved his goal and any aggression on the record is subtle.

As intonated at the start of the review, there is something both beautiful and hideous about this album and this perpetual dichotomy certainly makes for intriguing and enjoyable listening. 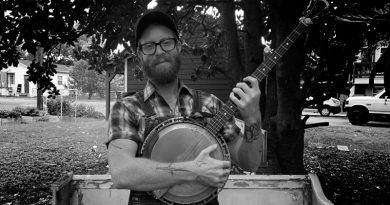