Anonymous UK collective Bull Elephant have returned with the second part of their trilogy, picking up from last year’s Self-Titled release Created From Death takes us to even weirder places, with the eponymous animal now resurrected in human form in order to fight black magick wielding Nazis. Or something. It is very complex and strange but yet absolutely absorbing. It is out in August through Eat Lead and Die Music.

The initial groaning rumble coming from opener Created From Death isn’t quite as heavy as you expect, but the smooth transitions between lumbering doom and a more fast paced melodic death metal-esque sound are very nice, as are the slow elegiac moments in the middle. You know straight away that you’re not just getting a bog standard metal release here. Oneiromantic Rites positively throbs with a soulful groove, an almost psychedelic feel seeping through, while the mighty Lebensraum has a titanic rumble coursing through its veins, coupled with an old school death vibe too. Bull Elephant cannot be pinned into one particular genre style, and that is really to their credit.

The blues riddled soul of Cult Of The Black Sun Nemesis creates this dreamy state that the band revisit repeatedly throughout the album. The transitions from this ethereal journey back into bone crushing reality are never jarring; instead they feel like the most natural thing in the world. The pounding drive of one-two punch haymakers Last Defilement and Perverted Science are a tremendous example of the weight Bull Elephant can bring when asked, while the triumphant striding doom of Escape To The Arctic is a slice of pure magic. And to close with the Mastodonian stomp of Wayfarer is a perfect cap to an album that rules.

Bull Elephant continue to be one of the more esoteric and interesting bands to follow in the doom/heavy metal universe. Their concepts are bonkers but somehow the music creates this real tapestry from it, and what emerges are albums of quality, of variety. Created From Death has thrown dashes of extremity into a psychedelic doom and vintage heavy metal melting pot and the resulting dish has proven to be quite appetising. I’m waiting with baited breath for the final part of this trilogy. 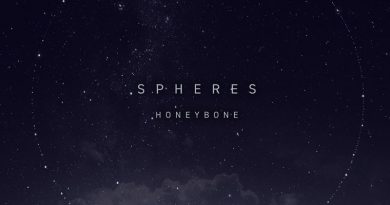