Black Lung hails from Baltimore and started as a trio in 2014. Their heavy blues sound dabbles into the psych-doom world and what’s not to love about that? May 27th, 2022 marks a big day for Black Lung with their fourth album Dark Waves being released through their new partners, the one and only Heavy Psych Sounds. This is also the first album without founding member Adam Bufano and the first with guitarist Dave Fullerton (Deaf Scene). Dark Waves opens a new chapter for the band in a grand way.

The opening notes of Demons ring out and I immediately know I’m listening to Black Lung. The distinctive clean tone that I was drawn to when listening to Mother Of The Sun from 2019’s Ancients is a welcoming sound. The calmer intro quickly switches gears to crushing heavy blues. Elias Schutzman pulsates the palm muted riffs with his outstanding drumming. The high energy opening track is packed with groove, plenty of guitar solos, and almost gives me a Valley Of The Sun vibe. What’s not to love.

A bouncing riff opens the title track from Dark Waves. When the vocals of Dave Cavalier enter it reminds me of The Black Keys. I don’t particularly like or listen to The Black Keys for various reasons but that’s beside the point, this song rocks! As the song progresses, some post-rock elements seem to factor in with tremolo picking and it’s fantastic. The song ends with one hell of a riff. This could easily be the album closer, but it’s only song two!

The Cog takes things back a notch and has a very nice groove. I believe Black Lung infrequently utilized bass on previous recordings as they were mainly a three-piece with two guitarists, however, the promo notes state Mac Hewitt has filled the role of bassist and it was a great move because he’s got impeccable rhythm on The Cog and blends well with the delayed cleaner guitars. It’s a slower track dabbling into the psych genre and the steady build-up during the solo is welcoming.

Somali Yacht Club has been a favorite of mine for some time and the next song, Awaken, weaves between pretty clean and broken speaker fuzz in similar ways to the Ukrainian titans. The harmonic play between Cavalier and Fullerton on guitar creates a unique tone that sounds incredible with the jungle beat drums. Cavalier‘s clean but powerful vocals particularly shine on this track.

Hewitt kicks on a fuzz pedal for his low-end bass riff and could tear down walls if not properly controlled. The slow stoner riffs take over and Hollow Dreams carves another path to the smoke-filled lands. The guitars and bass drop off leaving a steady drumbeat with vocals over the top leaving only chills behind.

It’s not time to leave the smoke-filled lands yet because in the dense fog Death Grip rumbles through. This unique song adds Shawna Potter of War On Women to share the vocals and it is amazing. I have to admit I’ve seen War on Women live opening for Baroness, and I wasn’t impressed. I guess I didn’t give them much of a chance as this vocal performance has me second, third and fourth guessing that show! Potters’ powerful voice plays nicely along with Cavalier’s, and I only hope these two work more together, and soon!

One more time before the album concludes Black Lung bring back the chimey clean. Thanks guys! The Path turns up the intensity knob on the amps and just as it’s about as intense as you can handle, they shut it off. Clean delayed guitars ring out to nothing and BOOM, they max out the intensity knob and even Cavalier’s voice begins to crackle. That’s how you set up a conclusion.

Mad King (great name) is the concluding track on the album and I’m sad to see its ending. I feel this song is placed at the end because it’s acting as a precursor for what’s to come. Showing the capabilities of the band with tempo changes, outstanding guitar solos, and atmospheric sections all mixed into one breathtaking ending.

Music is a tricky thing, although I try not to, a quick judgement can lead to missing out on great things. In the case of Black Lung, it only took me seconds to become hooked and Dark Waves has solidified my love for the band. Thankfully Shawna Potter was added on Death Grip and shed light on a band I should have revisited a long time ago. My point is go listen to Dark Waves and if you don’t like it straight away, listen again as something will eventually click! 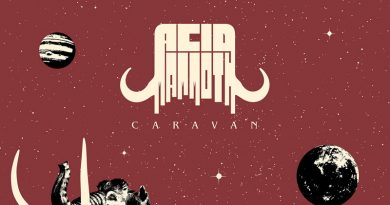 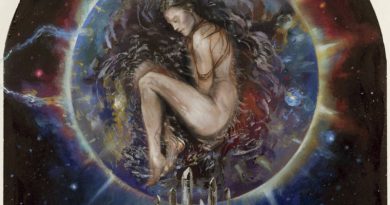