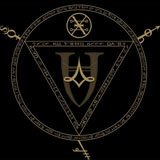 Servers was a completely unknown band to me, I was offered the chance to review the album after listening to ‘Universes And Supernovas‘ the second track on the album ‘Leave With Us‘ and what feels like the first single that’s going to be released.

But the album doesn’t start there, we start with ‘Save Me From Myself‘, a fast paced heavy rock number that really kicks ass. This is a great track to start the album with, whether you’ve come to this album from the one track like me or this is your first time hearing the band, then you won’t be let down. This track has all the heavy rock hall marks and gives me good feelings of Paradise Lost in their midway phase.

Next up is ‘Universes And Supernovas‘ which I’m assuming is the first single for the album, as I could only find one video and it was for this track. Either way it’s a poppy, catchy, rock track. Reminds me a lot of 3 colours red and I can see why it could be a single release. Good tune, good riffs and catchy lyrics.

Rolling into ‘Claustrophobia‘ the pace slows down from the previous tracks and we get some nice deep riffs. This track really rolls me back in time for some reason. It has a really good feel to it and reminds me of older bands from the early 2000’s. Again catchy lyrics and riffs, it flows nicely and shows off the great production on this album.

‘Run With The Foxes‘ is up next and sadly I can’t help but giggle a little when I hear fox in a track name now. Not too surprisingly it holds no relation to the track I’m referring to and instead is a pretty straight forward rock piece. Not much to say really about this one, for me it’s probably the low point of the whole album. Don’t sweat it though, ‘Dangerous Devotion‘ kicks you hard enough in the teeth that you’ll soon forget the foxes.

‘Mega High‘ is next up and it’s another pace changer, think Stone Temple Pilots and you’d be on the right track. It’s slow like the previous track but the sound is more broken up, riff pause riff with the occasional rhythmic guitar to break it up some more. The vocals are gnarly and rough following suit with the rest of the album. It’s a definite guitar heavy track with some later solos but it works well and feels good.

Then, the pace drops off, slow (damn!) with the track ‘Do Gooders‘ and I’m really not sure what to say about it, I like it and I dislike it at the same time. It’s a good track, the riffs are nice, the lyrics are kind of lame at times, and for me, it doesn’t seem to fit in with the rest of the album. It’s a bit too doomish, whereas the rest has been more along the lines of heavy rock and punkish.

Luckily ‘Once I Started I Was Never Stopping‘ takes us back to where we need to be and once it started, you kind of wish it won’t stop. This is the Servers sound I have grown to love from the first few tracks. It’s fast paced, vocally strong, heavy and balls to the wall gnarly! For me this has an old school Foo Fighters sound to it, the heavy feedback induced riffs and fast drumming kicks this track to a new level and maybe feels all the more amazing because of the dry slowness of the previous song. Simply put, I love it.

But it started and sadly it had to stop, then the pace drops back down again. If the previous track was the mosh pit, ‘King Things‘ is the Gothic slow dance. Grab your black lipped girl and hold her tight while you slow dance to another definite Paradise Lost inspired track. Despite the slowness on this track, it’s good, pretty damned good to be fair. Very lyrically strong, and extremely well balanced with everything. Easily the best put together track on the album, all the instruments fit so well together and the lyrics are the icing on the cake. There’s a surprisingly long outro to the point that you’d think this was the last track on the album. But then it ends and we’re treated to ‘Mothers Grave / Leave With Us‘

This is a definite album ender! It holds the Servers sound and you’ll definitely feel it as you journey through this album. This is the final fast paced ass kick that you’ve been waiting for. You never want to go out on a slow track and this more than makes up for it. Simple lyrics but heavy riffs, deep bass and fast as fuck drumming to lead us out, with a well placed sound clip at the end.

With that, the journey is over. I really like this album despite a couple tracks that don’t really float my boat, but the majority of this album really rocks. Servers have a great sound which takes me back to my early days of rocking out with my cock out (literally), there’s some really nice inspired sounds from some of my favourite bands. Check it out and Enjoy. 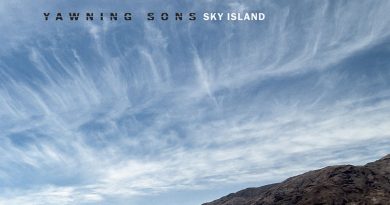