When The Shaman sent over the most recent list of gems for review, my interest was immediately piqued by the debut solo outing of the Finnish multi-instrumentalist and composer Eeli Helin, whose prior musical treks have encompassed excursions from grindcore to jazz, from post-rock to noise.

There were two reasons for my wanting to hear this work. Firstly, Finnish esoteric ambient/drone/ritual has a place in my heart courtesy of those hooded priests of the arcane Arktau Eos, and I’m always on the lookout for… well, more of it. I also keep a weather eye on the label, Trepanation Records, whose output – specifically Gnarl and Kowa Axis – has been amongst my favourite to ingest over the last few turns of the seasonal wheel.

Described by the label as ‘first and foremost a journey into the psyche of both its performer and its listener. Channeling a multitude of emotions and tonal hues… open to any interpretations made by its discoverer’, I’d go further. I want to venture that it’s the ideal accompaniment/induction to hypnagogic explorations of that liminal space between waking and sleep. The creative hinterland that allowed Dali to formulate his bizarre mindscapes on the edge of somnial oblivion, before dragging them screaming into the land of the wakened.

Through my own experiments I’ve found certain kinds of music to be perfect at helping facilitate wandering through, and maintaining, the state of being on the threshold of sleep, one toe in each world and in neither. My favourite accompaniment is currently Sleep Meditations by Black Sun Void, but The Lurks has the potential to topple this from its number one ranking.

Anyway, diving in… and dive we do! Into a sinister, infrasonic bubbling, at the edge of audibility that underpins the infinitely sustained mournful wailing of layer-upon-layer of guitar. We are lulled into a false sense of security by delicately rendered phrases, before synthetic drums manfully take on the task of supplying a framework over which a multi-layered tapestry of drone is thrown.

And still the bubbling menace persists…

Bowed sounds make way for more percussive guitar, which in turn makes way for a queasy, lethargic, pitch-bending oceanic swell on which we float… before those drums again. Synthetic drums, the bastard offspring of an 80s analog beatbox swathed in the shadows of legato guitar phrases that propel us like an unseen current, a gentle hand on the small of the back. All the time that bubbling hovers on the periphery, like the faraway sound of an unseen approaching Chinook’s blades. And when it finally recedes, we are led gently to the end of Amber Lenses by a familiar guitar coda.

This collection of four tracks, each over twenty minutes long, has a feeling of a subterranean journey about it. Whereas I’ve reached for sea-based similes and metaphors in conveying a sense of the first track, I find myself journeying through an inhabited cave system in the remaining three. The greater use of percussion lends a sense of peering around pillars of stone to glimpse half hidden assembly lines, laboured upon by clockwork automatons fabricating who knows what?

Traversing further into the cavernous sonic architecture is to be subsumed into a granular miasma of droning sustain/sustaining drone, albeit one that is augmented by drums salvaged from an early Depeche Mode b-side. Each new antechamber reveals something different – mournful wailing, muscular walls of guitar tone. There are some beautiful intertwining layers of the aforementioned guitar and other wonderfully textured and timbred lines, even melodic phrases that take us by the hand, and coax us to keep moving back to the surface, lest we become entranced and bewitched by the drone, destined to remain forever lost in the The Well dug by Eeli Helin.

Although, I’ve grown to like it down here. As long as it’s OK with everyone, I think I’ll stay a little longer in the dark, searching behind my eyelids for the Shangri La of liminal spaces accompanied and guided by this wonderfully fitting soundtrack. 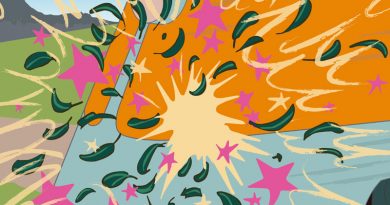 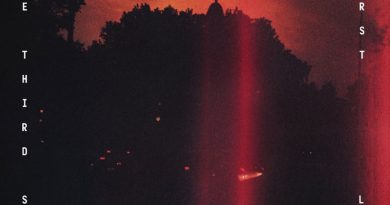 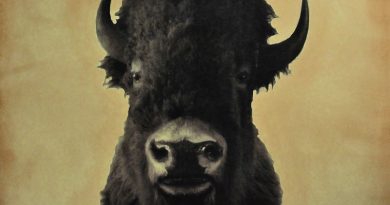