Ladies and Gentlemen, we are suffocating in inner space.

Aidan Baker is probably best known as half of the experimental, drone, ambient, industrial, and doom metal duo Nadja (also comprising Leah Buckareff), although the CV on his website lists more than a dozen extant and extinct music projects, as well as films, documentaries, and installations. Truly, he is a man of many parts.

You probably know this – I looked it up – Tenebrism is a style of painting where there are violent contrasts of light and dark, and where darkness becomes a dominating feature of the image. A fitting derivation for this shadowy collection.

As a fan of Nadja I was looking forward to dunking my head into a fuzzy bucket of luscious drone and pressing ‘play’ was the sonic equivalent of trying to breathe through wringing wet muslin. In a good way. The sound is Osmium-esque in its denseness, with only the dry, oddly metallic sound of the drums cutting right through. As an aside, the drums often reminded me of Joe Preston’s exquisite programming on Sunn O)))’s doom-riffathon The Gates of Ballard, or maybe the drum track from the Beastie Boys’ Looking Down The Barrel Of A Gun.

The density of the music contained within first three pieces of Tenebrist is mainly down to layers of guitar absolutely saturated in fuzz to leave nought but that which has toppled over the cliff labelled ‘signal break up’, although impressively some melody survives the onslaught. The fourth offering on the album, Beneath The Shadow, is an errant child, different from its siblings. Sub-bass stirrings are overlaid with a drum track that struggles to impose late beats and a jazz inspired framework on the piece, as strained, broken guitars bubble and creak, drone and groan over the top.

Violet Contrast also departs from proceedings up to this point by opening with a synth wash and shamanic drumming over a very, very faint bass, breaking and restarting in an arrhythmic non-pattern. Midway through the bass asserts itself and takes on the melancholic melody, vying for dominance with the ever-present grainy drone. Maybe it’s the tribal drums but something about this piece reminds me of The Cult track Horse Nation. In case you’re not sure, this is a good thing.

I closed my eyes and let the thick, repetitive, fuzzed-out riffs envelop me…

Percussion is goddess on Dramatic Illumination I, a drone piece driven by naïf jazz stylings on the kit before segueing into Dramatic Illumination II which introduces an impossibly beautiful and melancholic bowed-sounding melody, played out amongst the sub-bass frequencies and sounding for all the world like the lament of a lovesick whale.

Chiaroscurious is the album’s ultimate offering, a scuzzy piece of space rock that worked much better for me once I closed my eyes and let the thick, repetitive, fuzzed-out riffs envelop me and carry me off. Although, at a mere eight minutes forty-one, I could do with a version at least twice as long to achieve maximum effect.

I loved this album and it prompted me to go back and listen to more of Baker’s work, with and without Nadja. If you’re not familiar with his work, I heartily recommend Tenebrist as a good place to start, being less experimental and more rewarding to the casual listener than some of Baker’s less accessible releases. It’s well worth dipping your toe into these waters.

Tenebrist is released by Cruel Nature Records, operating out of Newcastle upon Tyne in the UK. This label is yet another example of the way in which some of the most interesting and exciting music is being delivered to the public ear by a small, passionate label, primarily by way of cassette and download. This way artistic innovation lies. Long may it continue. 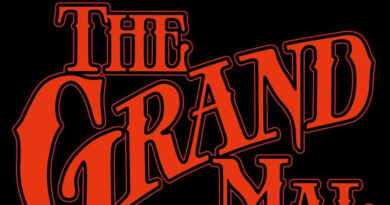