Suffering somewhat on Sunday, I dragged my weary body and head up to The Devonshire Arms in time for a quick IPA before a dose of Wallowing’s signature blend of space travelling eco-sludge-doom-grind-apiarist-core. The loudest band so far of the weekend, with a double vocal attack, pummelling rhythm section, and squealing synths, Wallowing was just the pick me up required to get going on day three.

From The Dev a quick stroll north to The Roundhouse saw us pick up a strangely subdued EyeHateGod set. I’ve not seen them for a number of years, but it seems those years haven’t treated the band very well. A combination of the cavernous setting and an early slot made this the most restrained feeling performance I’ve seen from Mike Williams and Jimmy Bower‘s mob. The riffs were there, and some chat from Mike was reminiscent of rowdier times – ‘This song’s about fucking your sister’ got some giggles and some headbanging and New Orleans Is The New Vietnam was a standout, but beyond that, strangely flat.

No such qualms about YOB. From the moment Mike Scheidt shredded a soundcheck there was a serious intent to crush. A set that opened with Prepare The Ground, took in the absurdly heavy title track off the recently re-released Atma and then meandered into psych territory with Upon The Sight Of The Other Shore and Adrift In The Ocean was a truly joyous hour, and the standout set of the festival. Aaron Rieseberg’s bass tone is one of the meatiest in the genre and the huge noise emanating from his setup enables them to be simultaneously the finest of caveman doom bands and an intoxicating trippy power trio. Mike was delighted to be there, with the usual ‘Yob is love’ vibe multiplied by the clear enjoyment the band was getting from being on stage again. After struggles with health and then Covid, this is a band that belong on a big stage and were delighted to be on one, all of those in attendance were privileged to see them on such form. A closing smash through Burning The Altar and they were done. Outstanding.

Recently moving on from their time as a psych power trio are Greek heroes Naxatras. They missed their planned Desertfest set in 2019 due to issues at the airport and they were welcomed by an eager Underworld crowd. A dead synth lead caused a late start and a stressed looking band, but once they got going, all concerns were assuaged. Opening with the first three tracks from the new album IV, their newly expansive sound got a full airing. Guitar virtuoso John Delias, face impassive with concentration provided the riffs and solos, while the bass and vocals kept a funky groove that had the crowd swaying in unison.

However lovely Naxatras were, I got the itch for something heavier to finish the three days that Desertfest had provided. And luckily Reece and team had followed a sensible mantra, all metal festivals (especially stoner metal festivals) should finish with Bongzilla. Arriving just before the midpoint of their set, we were treated to an epic run through of Earth Bong, Smoked and Mags Bags, Mike ‘Muleboy’ Makela’s bass and shrieked vocals belying the awesome groove from Jeff ‘Spanky’ Schultz on guitar. A wonderful hybrid of chilled groove-sludge and scuzzy aesthetic, Bongzilla finished off my night in a colossal haze with Keefmaster.

All in all, Desertfest 2022 was a remarkable achievement by the organisers. A huge line up left punters spoiled for choice and frequently having to make hard decisions on where to be. Dossing around Camden in the sun, with great bands all over the place is truly a wonderful weekend for those in our scene, and with the addition of the Powerhaus venue, Saturday saw the biggest capacity so far. Desertfest continues to grow – now let’s see what the team have in store for us in 2023! 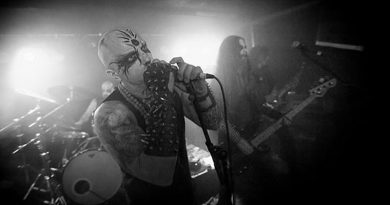 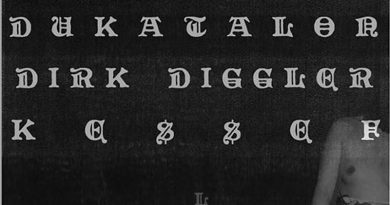 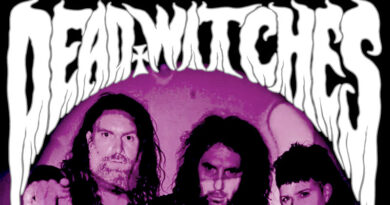