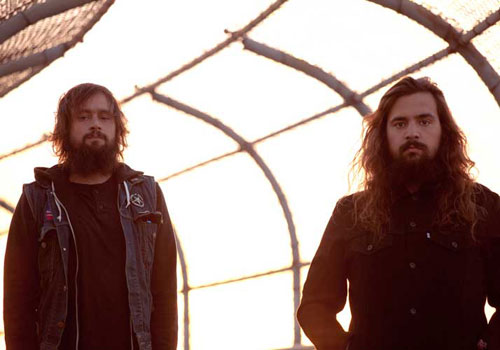 It’s not surprising that THE PICTUREBOOKS recorded their 2014 album, Imaginary Horse, in the same garage where they regularly refurbish and repair motorcycles and choppers.

The German duo – Fynn Claus Grabke (vocals, guitar) and Philipp Mirtschink (drums) – capture a raw, rich, and real energy befitting of the room’s natural reverb, industrial aura, and spiritual spark. Most importantly, the record also begins to rev up the boys’ career like never before.

Released this week via RidingEasy Records, you can now stream Imaginary Horse in its entirety below and once you’ve finished listening, you can then order it from the labels webstore.

Fynn and Philipp first crossed paths at a local skate park. Becoming fast friends, they realized their mutual interests extended beyond shredding half-pipes and into music like The Smiths, The Cure, and Minor Threat. Soon, they began writing songs together, utilizing equipment Fynn’s dad Claus had accumulated over his years as a musician and record producer.

After two independent releases in Europe, the pair played major festivals such as Sziget and toured with everybody from International Noise Conspiracy to Spinnerette. Simultaneously, they garnered international attention for their motorcycle builds and received prominent profiles in tastemaker publications including DICE Magazine, Kustom, and many others.

They made their first trek to the United States in 2013. Following an explosive Hollywood gig supporting Eagles of Death Metal for DICE, they embarked on their inaugural North American tour and buzz began to spread through word of mouth and social media, specifically Twitter and Instagram. By the time they returned home, the group had inked a deal with RidingEasy Records. 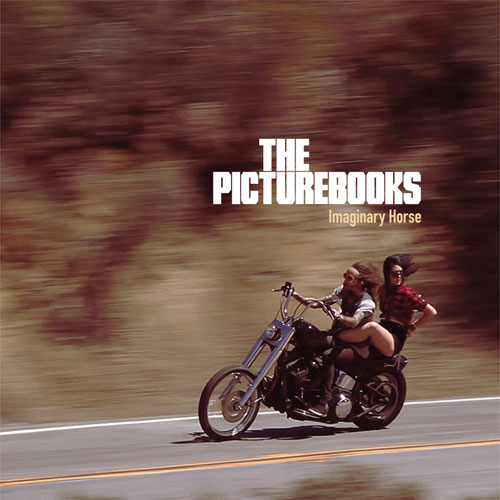 THE PICTUREBOOKS retreated to their “garage” in order to record Imaginary Horse during early 2014. Mirroring their daredevil skateboarding ethos, they broke rules while recording they conjured true fire in the garage with that astounding, untainted reverb and their personal arsenal of modified instruments. That fire pulsates through the first single Your Kisses Burn Like Fire. A hulking beat gives way to a bluesy guitar twinge before Fynn howls the titular refrain. Where the title track takes flight on that distorted hum and booming echo before slipping into psychedelic territory.

Ultimately, all of these pieces form a blues rock pastiche that’s as individualistic as it is infectious. THE PICTUREBOOKS‘ Imaginary Horse becomes a reality for rock ‘n’ roll now.