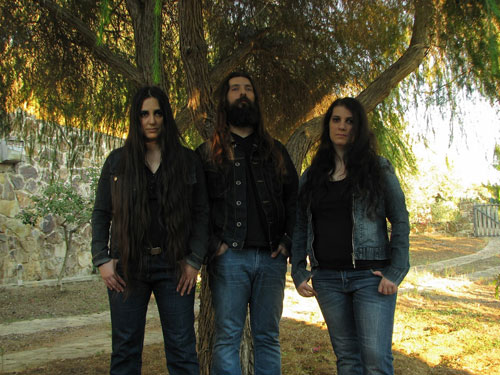 After a few months hiatus since the release of their critically acclaimed full length ‘Born Under The Capricorn’, Italian Doomers BLACK CAPRICORN have made a sombre return with a video and FREE download of their take on the classic Black Sabbath track ‘Solitude’.

Comments the band on the recording session “This summer we had some recording session among some brand new songs, we have also recorded our version of ‘Solitude’ by Black Sabbath. This is the very first time we had female vocals and also we’ve guested miss Alessandra Cornacchia (from the band Sacred Sword) playing the flute on it”.

Now check out the video below and can you can also download the MP3 for FREE at THIS LOCATION.

‘Born Under The Capricorn’ was released earlier this year by Stone Stallion Rex / Funeral Industries & Voice of Azram and is still available on limited Purple or White vinyl.