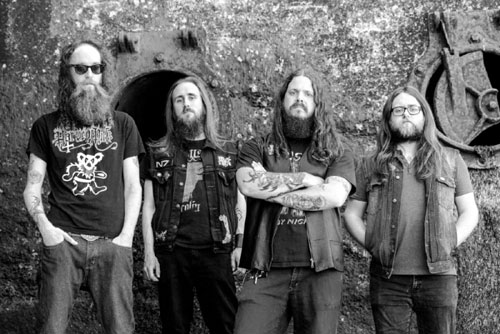 This album was never meant to exist, and yet today Welsh psychedelic doomers SPIDER KITTEN are premiering their new record, Behold Mountain. Hail Sea. Venerate Sky. Bow Before Tree on Terrorizer.com ahead of it’s release via legendary cult label Undergroove Records on the 27th October 2014.

To listen to SPIDER KITTEN‘s new album, head to Terrorizer.

Behold Mountain. Hail Sea. Venerate Sky. Bow Before Tree, is a wretched, tormented exploration of Norse Sagas and Eddas, painstakingly researched with the utmost respect and homage to the ancient peoples and religions of Scandinavia. Colossal in its power and scope, the tracks were only written and jammed once before entering the studio. Some were made up on the spot on the day of recording. The album also has guest spots including Stuart ‘O.F.D.’ O’Hara (from UK Doom legends Acrimony, Iron Monkey, Blackeyeriot and current Sigiriya) who lays down the rip-roaring guitar solo on Lindisfarena; and Charlotte Nicholls (ex – Crippled Black Phoenix) who performs the heart-wrenching cello parts on Gore Swan. 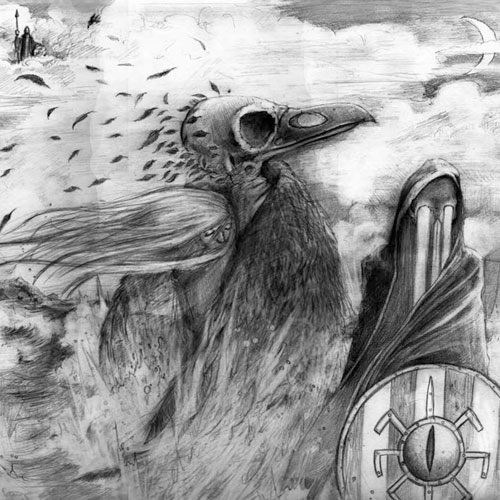 The band have also announced a FREE album launch party on November 1st at the Crobar in London. For full details visit the Facebook Event.

This is the start of an exciting chapter in the life of SPIDER KITTEN. 2014 will see them release not only Behold Mountain… but also enter the studio to record their next full-length album. Based around the life and times of a psychopathic expatriate Welsh drifter in the U S of A called Yakbone Wolftooth, the as-yet-untitled album takes in elements of blues, outlaw country and railroad music, as well as their usual brand of psychedelic doom meanderings. Stay tuned.

Pick up a copy of the album via the Undergroove Records webstore from Monday 27th October.