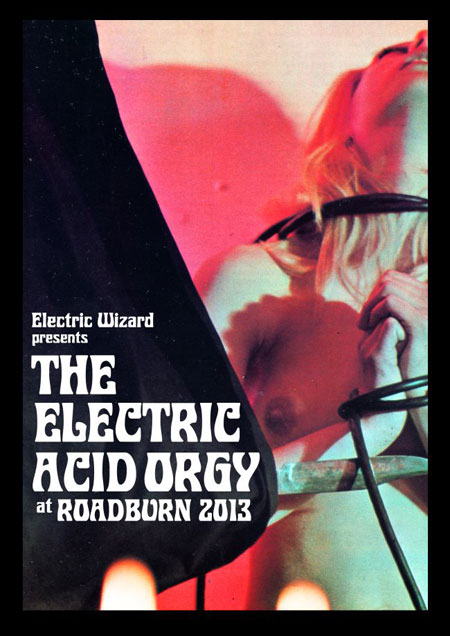 “Ladies and Gentlemen, hack your resin filled lungs for our very good friends and Britain’s No1 Super Slo-Mo Doom Kings Moss, who will perform selections from their eagerly awaited new LP plus all their classic tombstone(d) liturgies”, says Jus Oborn. “Also raise your bongs for these awesome new highs. We have our fellow witchfinders and medieval throwbacks Witchsorrow upholding traditional values with solid Fuckin DOOM!! Finnish Occultists Seremonia promise to deliver an acid-fried heavy metal ride and we have the hotly tipped horrorock phenomenon Uncle Acid & The Deadbeats!! Alrite!!”

“Now if this doesn’t burst your stoned skulls we also have the ELECTRIC GRINDHOUSE CINEMA inside the 013 showing demented,sick,weird and grotesque exploitation films from our own collection”, says Jus. “Never seen on DVD, the very darkest creations of the Sick Sick Sixties and Seventies projected for one nite only with special guests performing live soudtracks that will burn your retinas and destroy your minds!! 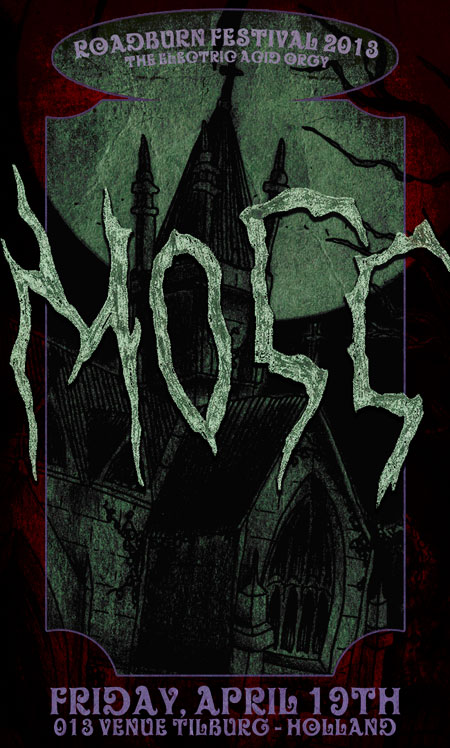 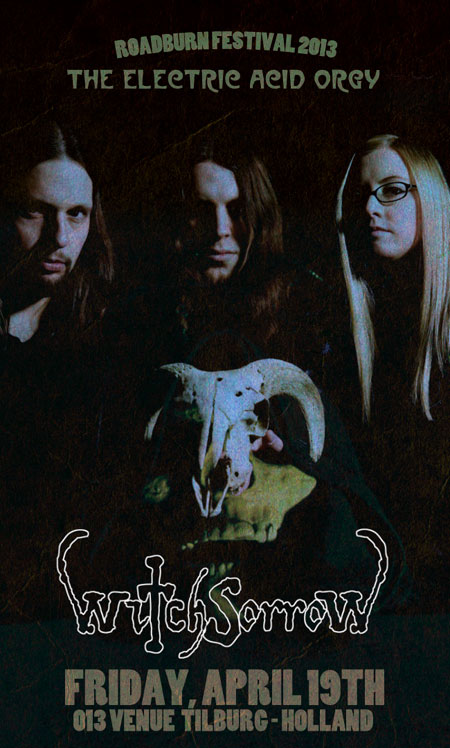 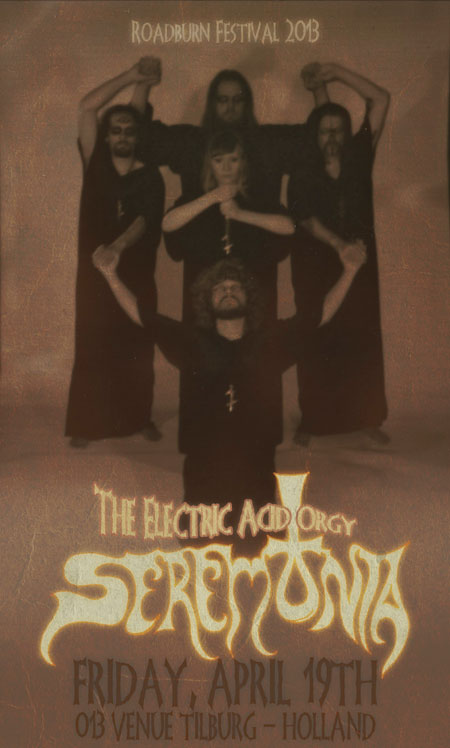 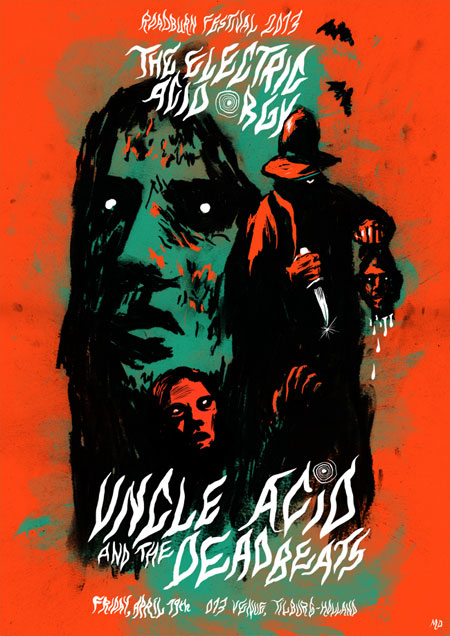