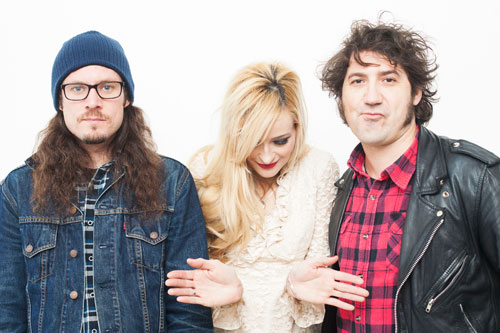 RIVER OF SNAKES much anticipated debut album is finally here!

Black Noise is a monster, recorded over a period of two and a half years and in three locations. The album became a true labour of love for the band. It showcases some of the sonic experimentation with feedback and fuzz that has made them such a distinct act. Countless manic live shows and rigorous touring around Australia helped to shape the visceral and immediate sound of the trio when they went in to record. Black Noise is a balancing act between these opposing poles; direct, ferocious and relentless yet filled with depth and subtle aural layers.

The heart of this album beats with Punk-Rock fury and 80’s-90’s alternative-rock scuzz, tempered with 60’s pop, psychedelia, noise and the love of a good hook. Black Noise features highlights of the band’s live set such as the venomous Slater, the crazed Middening, the bass driven caustic femme-rock of Hacksaw and the sleazy confessional I Lied. 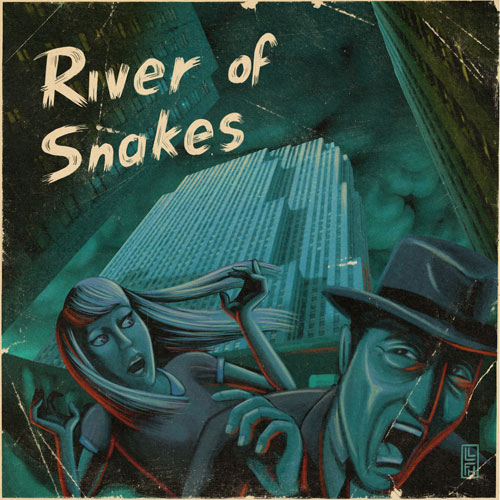 The basic tracks were recorded live to tape over a couple of intensive two-day sessions at Head Gap Studios by Neil Thomason, while the overdubs and vocals were done in the rehearsal room and at home to pro-tools by Raul Sanchez. Black Noise was mixed by Robbie Adams in his home studio, with the exception of the pop-tastic I wanna be your baby and Separation Anxiety that were mixed by Lindsay Gravina at Birdland Studios.

Since the tracking of the album, drummer Glenn Evans left the band and was replaced by good friend Ben from Hotel Wrecking City Traders, who has proven a perfect fit. In April of this year, RIVER OF SNAKES recorded a cover of Burning Skulls a Lydia Lunch and Rowland S Howard song with Ben on drums. The track is intended to be released as a free bonus download alongside Black Noise. Play it loud and enjoy!!!

Black Noise is out now Bro Fidelity Records and available from the RIVER OF SNAKES Bandcamp page, you can also stream it in the player below: