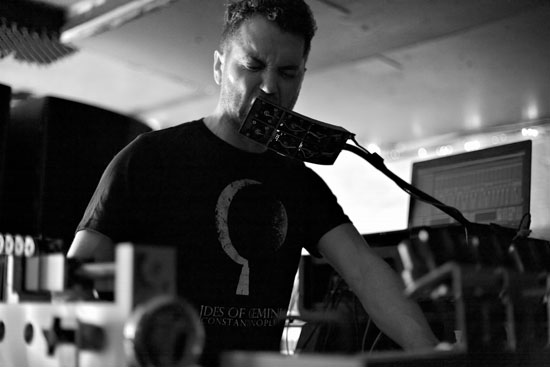 Seventh Rule Recordings is very pleased to issue AUTHOR & PUNISHER’s Drone Machines as a double LP. Initially released in 2010, Drone Machines stands among AUTHOR & PUNISHER’s heaviest outputs to date as Mark championed in his review “The swirling, almost psychedelic effect this produces stands juxtaposed to the pounding, clanking riffs that keep time on this album, like the relentless march of a Terminator army and feel as bleak and post-apocalyptic as a William Gibson novel…”

Available for the first time ever on wax, the vinyl edition of Drone Machines is beautifully packaged in a heavy gatefold and comes in two color variants: a limited edition/mailorder only version (limited to 100 copies) with LP 1 on silver with black and goldsplatter and LP 2 on silver with black and swamp green splatter or standard high fidelity black vinyl. Both versions come accompanied by a download card for the digitally astute. 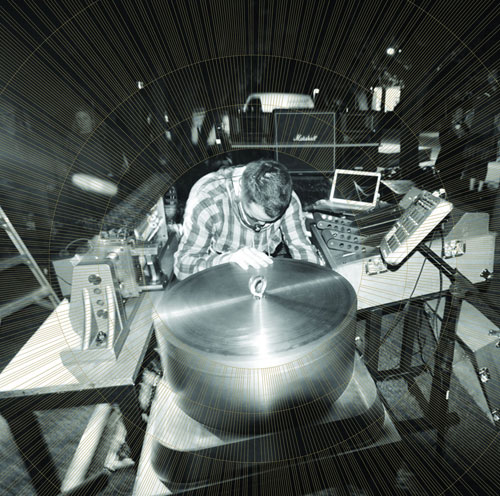 AUTHOR & PUNISHER is an industrial doom metal, one-man project featuring Tristan Shone who employs primarily custom designed and fabricated machines and speakers he encounters through engineering work and sound machine fabrication. The fabrication and industrial environment and processes reveal emotions, anxieties, and elements of bliss inherent to the specific human/machine choreography. This interaction involves a certain level of continuous intimacy with material and mechanical motion, where a bond is formed enabling an honest incorporation into a sound device and performance; the core of AUTHOR & PUNISHER. What started out as the design of his Master’s thesis at the University of California, San Diego, the drone machines soon become the subject matter of Shone’s crushing seventy-minute third opus, fitting dubbed Drone Machines.