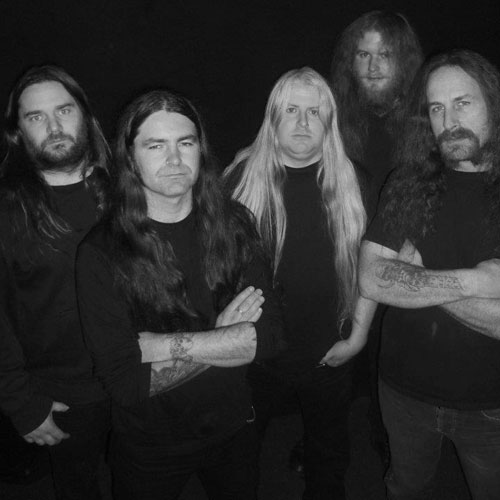 Ahead of their Dublin show this coming weekend, MOURNING BELOVETH have released a brand new video – their first – to accompany the track Theories Of Old Bones. The video can be streamed below:

The epic fifteen minute video is a black and white cinematic opus directed and filmed by Lukasz Jaszak in Poland. Vocalist, Darren Moore, talks through the video concepts:

“It wasn’t going to be an easy task to shoot a video for one of our songs, in the main due to their length. The story was already there in the lyrics of the song it was a matter of putting visuals to it. The lyrics ask questions on our existence, are we just here to pass time or to use it, is it a mere heavy existence we go through each day counting the days to our death or is there a purpose to all this…or do we have a choice? I read somewhere about christians in the old days who carried a pouch made of newborn lambskin around their necks to carry the nails for their coffin upon their death and it struck a chord of how fatalistic some people are.

The video itself is perhaps a journey through a half dream, a moment in the pit of existence where life has drifted away to some far off point inside leaving the body to automatic ruin. It is about time slowly gnawing at the entrails and the shadow of a silent death forever lurking through the ether.”

Theories Of Old Bones is taken from MOURNING BELOVETH‘s latest album, Formless. The album – which clocks in at one hour and twenty five minutes – was recorded in October 2012 at Foel Studio, Wales and was released in February 2013, via Grau Records, to high critical acclaim. The album is available to purchase, along with other MOURNING BELOVETH merchandise HERE

This coming Saturday, 30th November, MOURNING BELOVETH will play their last gig of the year, in Dublin. Support bands for the show are DREAD SOVEREIGN  and NOMADIC RITUALS. Bassist Brendan Roche comments:

“Having spent the 10 months since the release of Formless dragging its heart and soul, blood and guts around the stages of Europe, we are delighted that we shall put 2013 to rest with the first Dublin show we have played in nearly 2 years. Its a headline show, so expect 90+ minutes of the least worst of MB, something from every era, but with a heavy FORMLESS influence. Just like us…” 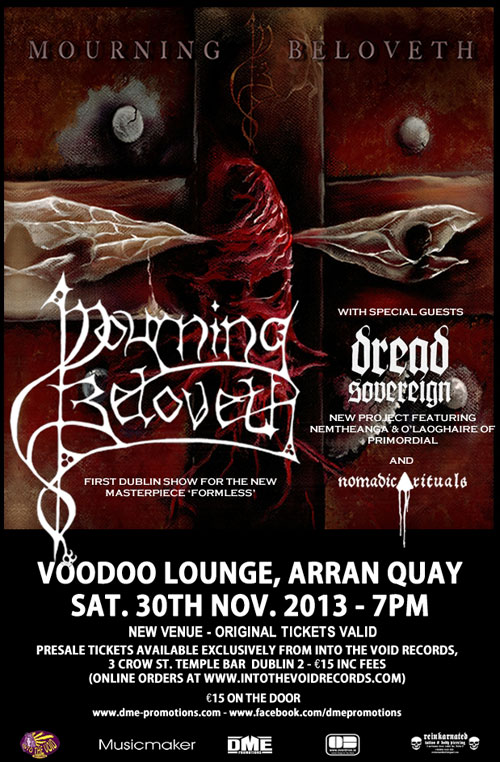