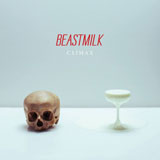 ‘Climax’ is an apt title for the debut full-length from Finnish quartet Beastmilk, a surging record (featuring Hexvessel’s Mat ‘Kvohst’ McNerney on vocals) that emerges fully-formed from some kind of nuclear wasteland with a rampaging synthesis of punk rock swagger, new wave energy and deadened post-punk nihilism, laced with oppressive atmospherics and hints of dark psychedelia.

Beastmilk’s reputation precedes them, courtesy of a sold-out demo tape, four-track EP on Svart Records and a shout-out from Darkthrone’s Fenriz, but they certainly live up to the hype. Cutting to the chase, this is an outstanding record – and that it all comes off sounding so punchy likely has a lot to do with the presence of Converge’s Kurt Ballou behind the scenes. His engineering and excellent use of space helps to make ‘Climax’ sound utterly massive, immersive and visceral.

Opening with ‘Death Reflects Us’, razor-sharp guitar riffs collide with ominous vocals and primal drumming, not to mention a killer chorus and bridge hooks that will stick in your head for days. Beastmilk deftly balance light and darkness, merging ultra-melodic vocals, hooks and pop signifiers (there are handclaps all over this thing!) with squalling guitars, cloying atmospherics, noise and hints at extreme influences that hark back to Kvohst’s past in the black metal bands Dødheimsgard and Code.

While favouring the assured, charismatic vocal style he honed in Hexvessel, Kvohst’s lyrics continue in the vein of the gloriously surreal, evocative, dystopian writing that marked his work in Dødheimsgard and Code. Alongside his expressive delivery, I’m deeply envious of his knack for concocting arcane and unsettling imagery that somehow comes across as both tongue-in-cheek and deadly serious. The central themes of apocalypse, nuclear fallout and government mind control hold sway here, and there is something gleefully psychopathic about the way he cries “genocide!” and “the air will set their bones on fire!” on ‘The Wind Blows Through Their Skulls’. It’s an intense vision, yet cathartic and sickly seductive when combined with the sheer elemental power of the instrumentation.

If I’m honest, the 1980’s post-punk scene is not a particular favourite of mine, but where Beastmilk really took me by surprise is how they successfully come across less like a nostalgia act and more like a fresh, modern, distinct entity, despite the undeniable hints and sly references to bands like The Misfits, The Smiths, Joy Division and Bauhaus looming large in their sonic murk. ‘Ghosts Out Of Focus’ bears this the most, sounding like a heavier version of The Cure, as Kvohst uncannily channels the plaintive vulnerability of Robert Smith between tribalistic drum cascades.

Though that track signals a slight energy dip in the album’s midsection, ‘Fear Your Mind’ and ‘Love In A Cold World’ soon pick up the pace again, as McNerney urges the listener to “give in to the voices in your head”. At the album’s close, ‘Strange Attractors’ offers a slight change of tack with a little breathing space and an air of gothic mysticism before Kvohst’s internal questioning suffocates the listener again in what proves to be a satisfying end to an album that is both exuberant and exhausting.

In summary, while the base ingredients may not be anything new, like all the best revival artists Beastmilk take those sounds and temper them with some unusual influences, twists and turns until the result looks to the future as much as the past – though if there’s any prophecy to Kvohst’s words, that future is one of darkness and nuclear winter. Simultaneously joyful and bleak, ‘Climax’ is the sound of the apocalypse unfolding in vivid technicolour, as civilisation crumbles under its own weight and revels in the ashes. 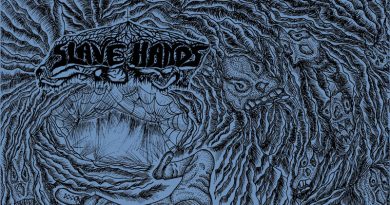