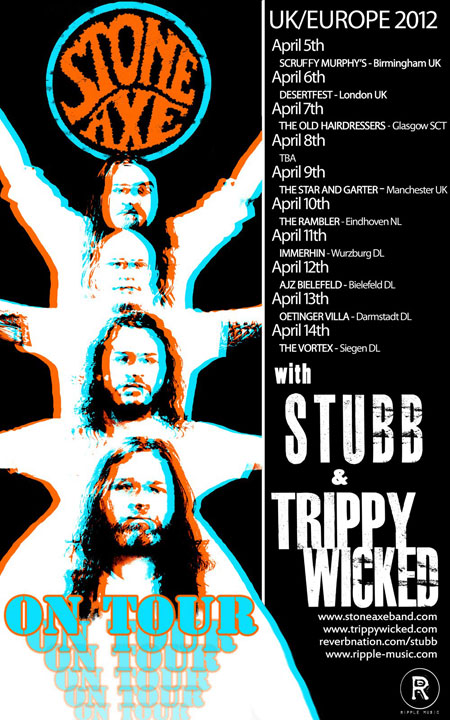 Tony Reed and his band of merry men simply known as STONE AXE hit the road in the UK and Europe next month, dragging along with them, the UK’s very own STUBB and TRIPPY WICKED, the confirmed dates, which also takes in this year’s DesertFest in London, are as follows:

A date still needs to be filled in the UK for Sunday 8th April and if you think you can help, don’t hesitate to contact Chris of Trippy Wicked/Stubb.