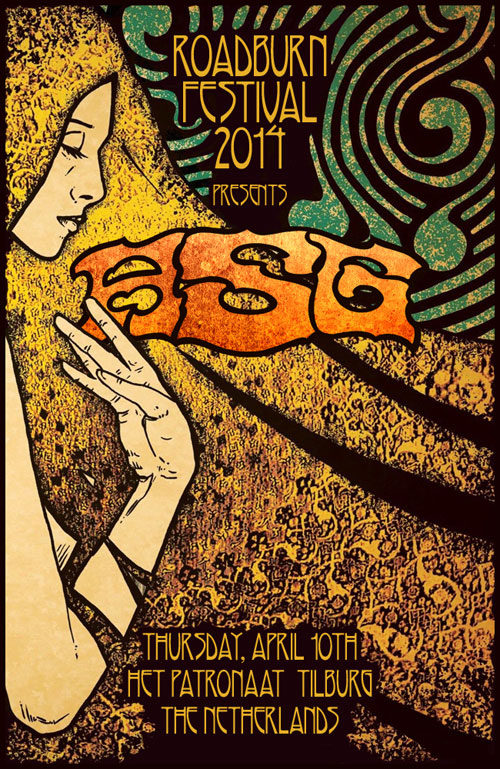 North Carolina’s ASG are currently celebrating their highest charting and most critically acclaimed album to date, their breakthrough release Blood Drive, which is their first for Relapse Records and fourth album to date.

Blood Drive is a killer sludgy, psychedelic, hard rock, and Southern (stoner) rock hybrid that brings to mind bands like Torche, old Queens of the Stone Age or Jane’s Addiction with a fierce Southern twang.

Walter & Co can’t wait ’til ASG bring their straight up, big, bright sounds to Roadburn Festival 2014 on Thursday, April 10th at Het Patronaat in Tilburg, The Netherlands. ASG has always been a relentless live-act from the get go, and it will be an absolute delight to see the band effortlessly slip from swirling psychedelica to woozy stonerrock to big riffing, almost arena-like heavy rock to swampy Southern rock.