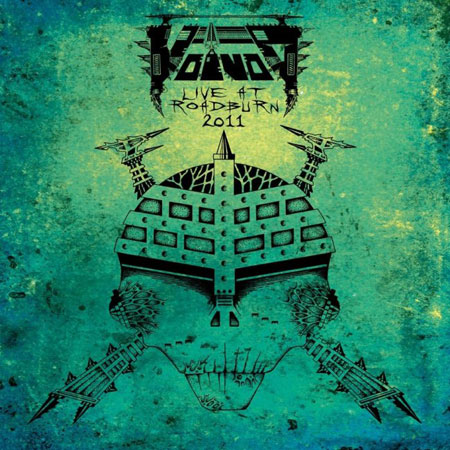 Roadburn are elated to announce the upcoming release of Voivod Live at Roadburn 2011. Our first official festival album captures the metal innovators from Canada during their Midi Theatre and Main Stage performances at last year’s festival.

Voivod Live at Roadburn 2011 takes the listener on a trip through the band’s discography from War and Pain (1984) to 2009′s Infini. It also includes the live debut of a Phobos (1997) track interpreted by the current line-up featuring original members Denis “Snake” Belanger (vocals), Jean-Yves “Blacky” Theriault (bass) and Michel “Away” Langevin (drums) along with guitarist extraordinaire Dan”Chewy” Mongrain. Known for their energetic shows, the band reached positively stratospheric levels at Roadburn 2011.

Mixed by Marcel van de Vondervoort at Torture Graden Studios in Oss  (NL) and mastered by James Plotkin, Voivod Live at Roadburn 2011 will be available as a vinyl-only release (limited to 500 copies) on Thursday, April 12.

What better way to launch this year’s Voivod-curated Roadburn Festival than to release the band’s highly acclaimed 2011 performances on our own label!