Jaye Jale’s Prisyn is a departure from the sullen Americana and post-Swans experimentalism of Evan Patterson’s previous work. The most noticeable difference is that there are no guitars. Patterson recorded the bed tracks with various synth apps on his iPhone while on tour with Young Widows and Emma Ruth Rundle. He and collaborator Ben Chisholm (Chelsea Wolfe, Revelator) have conjured a dense, claustrophobic trip through isolation and dislocation. It’s a harrowing but fascinating listen. I caught up with Evan via email and talked Iggy, Crime and The City Solution and gun-toting teenagers.

I’m listening to The River Spree as I write these questions. It’s a really evocative song. What is it about the Iggy and Bowie Berlin-era albums that speaks to you so much?

With those albums one can hear all these sonic worlds colliding, for maybe the first time. As a listener the albums Bowie made while in Berlin seem like an obvious turning point in pop music. Even though my favourite of that period (Iggy Pop’s The Idiot) was recorded in France; I hear the influence of German artists like Can, Neu!, Kraftwerk, and Tangerine Dream. I like to think that these albums would not have been made nor sound the same if not influenced by Berlin.

Were you thinking of some of the bands who spent time in, or were from Berlin…The Birthday Party/Bad Seeds, Crime and the City Solution, Einstürzende Neubauten, Die Haut, etc…while writing?

I do think of those bands often while writing. Crime and the City Solution’s Shine in particular has been a big influence in my music since discovering that album near a decade ago. I sense an improvisational element in those songs and connect with the meandering confusion of that record more than any from that group of artists. Einstürzende Neubauten’s Ende Neu is also a masterpiece. Such a romantic and industrial work of sonic art. Nick Cave’s music groups are great, but don’t dance around in my head quite as much.

What other albums were you listening to while writing?

I was listening to Ennio Morricone’s Marco Polo. It’s such a captivating score. I still haven’t seen the film. James Blake’s self titled album is a perfect modern electronic album. Throbbing Gristle and Chris and Cosey’s records. John Carpenter’s Lost Themes records. I have been, and always am listening to a lot of Portishead. Especially the Third album. Also, David Lynch’s The Big Dream.

I understand the songs on ‘Prisyn’ started as instrumentals, what made you decide to add vocals?

Ideally, I would have loved for this music to be a film score. For what film? I don’t have a clue. I was scoring my life on the road, touring, and trying to make music that fit with my surroundings. I would have been fine leaving them all instrumental if they ended up being used for an actual film, but that wasn’t going to happen. They needed a lead. They needed a focus. Ben and I discussed asking others to sing, but eventually decided that I should ‘try’ it. I printed out dozens of poems, stories, possible future lyrics, and took a stack of paper to a friend’s studio. It wasn’t natural to put my voice on these songs. Thinking back to it now; it made perfect sense. I had become the narrator for my score.

Were you tempted to add guitar at any point?

My concept was very direct from the beginning to not include any real instrumentation. No desire to add anything outside of the capacity of the phone.

Can you tell me the story behind the song ‘Guntime’?

We were leaving Paris the morning after performing. Stuck in a traffic jam on the autoroute. I was looking at our driver Vincent, talking about how Paris is a mess, and next thing you know a man with a bandanna is leaning out the passenger window of the car next to us with an Uzi pointed directly at us. I slowly leaned down behind the seat and said ‘why is there a gun being pointed at us’. In an attempt to avoid a car crash; our driver softly slowed the van down to a complete halt. At that point, the gunman was directly in front of us. Within a few seconds; he got back in the car, and they slowly moved further ahead of us. We got off at the next gas station to catch our breath and decided that maybe calling the police would be the smart decision. Our driver is French; he made the call to the cops and the cops said ‘this kind of thing happens all of the time, they’re just kids having fun’.

The narrative in ‘Blueberries’, the dislocation, and the eye swapping reminded me a bit of Jeff VanderMeer’s novel ‘Finch’? Are you familiar with the book? Did any writing impact the noirish vibe of the album?

I am not familiar with Jeff VanderMeer nor the novel. Since I was a child; I’ve had a very difficult time reading. Processing long bodies of literary work has been one a life long struggle. My mind wanders too much. I was reading a Brave New World while composing the music, but never finished it. Often, I resort to reading poetry and was also reading Pablo Narudo’s The Captain’s Verses.

What did Ben Chisholm bring to the arrangements?

Ben is equal parts, if not more important to the sound of this album than I. The other concept with the album was to make gut instinctual choices. Attempting to not over analyse the songs was a theme throughout the creative process. He added instrumentation, produced, and mixed the album. The flavour of sonic elements that he chose made the pieces truly shine.

Ben [Chisholm] is equal parts, if not more important to the sound of this album than I…

Do you think you’ll continue in a more electronic direction?

I cannot see the future. It all depends on where I am physically and mentally.

Have you given any thought to how to recreate the songs live? (When live music is practical again…)

Three weeks ago, we began rehearsing. I’m very excited about what we are achieving. Hopefully, sometime soon, we’ll be able to show everyone. 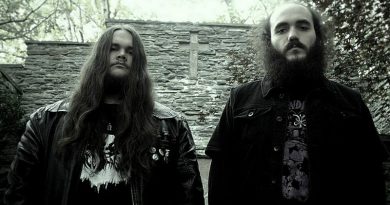 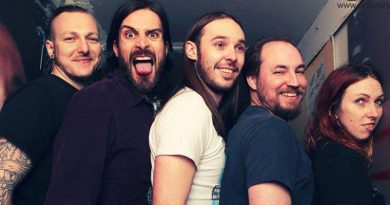 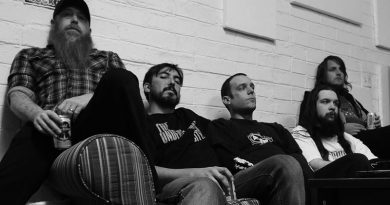