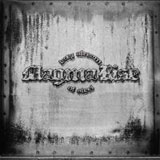 Unsurprisingly given the stable, Magma Rise are heavy on the Sabbath influences and err on the cleaner side of the doom sound that is trodden more by bands like Trouble, whilst managing to capture the none more cool and modern influence of Grand Magus, which helps lend a sense of the grandiose and epic to the proceedings and raises them above the average worshipper at the temple of Iommi and co (or legally do I now have to put Ozzy and co? – I forget how it works).

Lazy Stream Of Steel (no sniggering at the back or making jokes about pissing) is undoubtedly a strong album given the pedigree of it’s creators, okay at times Gábor’s (he of Wall Of Sleep) accent can obscure some of the lyrics, but honestly if you are a fan of Sabbath, Trouble, Down and Spirit Caravan then this is practically a must have.

A band featuring Gábor alone would come with it’s own assurances of quality and sincerity given his ability to craft doom riffs of a Godzilla size; their clean sound masking the fact that he could quite happily flatten downtown Tokyo with them if he wanted to. Evidence of this is shown on opening tune ‘Time’s Been Given’ where the lazy, winding melodies give way to a wall of downtuned, soul shaking blues. Add to this ex-Mood and current axe wielder for Stereochrist Kolos Hegyi on guitar then this release becomes a real treat as they work through seven original slices of music that range from the sludgy beauty of ‘For Those and Risen’ to the more out and out doomfest of ‘Giant Ball Of Lead’, which sounds like Down jamming with the previously mentioned Grand Magus.

Interestingly given the musical style, the rest of the band is completed by Mihály Janó on guitar and drummer Sándor Bánfalvi, both of Hungarian thrashers Neck Sprain which understandably is why there is no trace of laid back sloppiness to this band and even the spaced out stoner jam like passages are executed with clinical professionalism which adds to the impact of this album.

As a result (and unlike Wall Of Sleep at times) the music rolls along with a balance between the bombast and knowing when to just get down and dirty. The solos complement the riffing, adding melody and texture, rather than fighting for attention or threatening to dominate the groove coming from the taught muscle of the rhythm section.

However this album will be inevitably be talked about because of the scene stealing finale, a cover of Mood’s “Glow, Burn, Scream” which Magma Rise have dusted off and updated with guest vocals from Exhorder/Floodgate main man Kyle Thomas on vocals. As a life long fan off the man it’s great to hear his voice again and the song itself makes you realise how good a band Mood really were, personally having missed out on them when they were around.

I usually try and temper an enthusiastic review with some constructive criticism but here there is little need, sure Gábor sings with an accent by the third song on the first listen you don’t give a shit. Next time you listen to the album you probably don’t notice, you certainly won’t care.

This is a(nother) quality release from PsycheDoomelic and a welcome return for some musicians of note, sure it’s not reinventing the wheel but frankly when it sounds this good who cares, I’m off to spin “Glow, Burn, Scream” again. 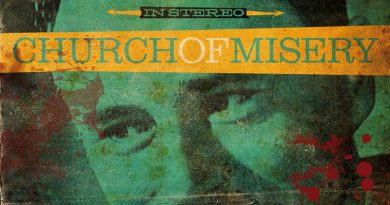