We should now all know the story about brothers Elliot & Ryan Cole and their instrumental stoner metal and rock band Wall that was born out of sheer frustration due to the pandemic lockdown. Over the last year its grown from a bedroom project to an established band, and they’re now gearing up to release their second EP, simply entitled Vol. 2, which will once again be handled by APF Records.

Mark in his recent review for Vol. 2 mentioned it’s ‘part Sabbath, part classic American rock, it features under the downtuned crunch, a progressive, jaunty rhythm where the dancing lead guitar adds expression and emotion’ while Elliot when interviewed hinted at Wall’s future plans saying ‘We really enjoy doing this two-piece thing and will probably set out to write our debut album next’.

Elliot and Ryan Cole have been stalwarts of the international stoner doom scene since they formed Desert Storm almost 15 years ago in their home town of Oxford, releasing five albums with that band and touring Europe like dogs ever since. They are two parts of the quintet which is The Grand Mal, also signed to APF Records, whose self-titled debut was released in 2019.

Their latest project Wall was conceived during lockdown. Frustrated at not being able to tour, and stuck at home together, Elliot and Ryan found themselves seeking a substantially creative way to kill the boredom. The debut eponymous five track EP was released by APF Records on 15th January 2021, chock full of Iommi-worshipping instrumental sludge doom. The homage to Black Sabbath was manifest in an electrifying cover of Electric Funeral, featuring vocals by The Grand Mal’s Dave-O. Wall entered the Doom Charts at number 10, and was met with acclaim in the stoner doom underground.

Now, a mere six months later, Wall unleash Vol 2. Once again recorded with Jimmy Hetherington at Shonk Studios, this second effort leans more towards the classic US rock the lads grew up on. It features a cover of Karma To Burn’s Nineteen, released as a tribute to Elliot and Ryan’s friend Will Mecum who sadly passed away in May. The Cole twins other band Desert Storm and Karma To Burn had toured the UK together on several occasion, becoming firm buddies on the road.

About Nineteen, the Cole Brothers say ‘We recorded it a few months ago in lockdown as a way of saying thanks and showing our appreciation for one of our favourite bands – true pioneers of the genre and an inspiration to many. It feels right to share it now with the sad news of his passing. It’s been an honour knowing you, Will. Rest in peace’.

Wall will also be hitting the road around the UK during August as special guests to The Grand Mal, along with a set at The Sophie Lancaster Festival in November, yes, you read right, actual real life live gigs and the confirmed dates are…

Wall Vol 2 will be released this Friday, 30th July through APF Records, pre-orders for CD, Cassette and various T-Shirt bundles are available over on the label’s webstore and downloads via Bandcamp. 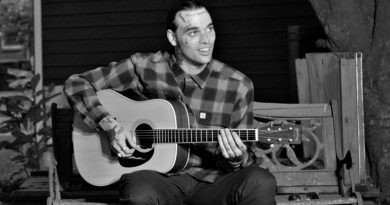 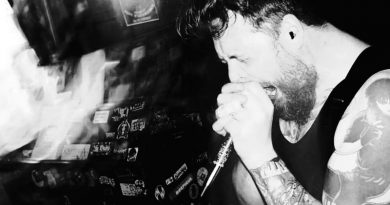 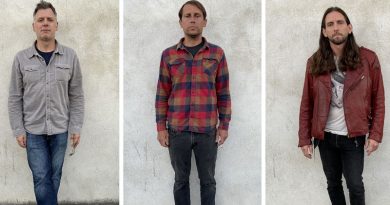