Whilst I promised towards the last quarter of 2020 I would not spend all my reviews talking about the pandemic, I have to state my apologies to Watchman. Picking up the EP some time ago, the situation in the UK meant that my own personal circumstances during ‘Lockdown 3’ put a lot of my life, outside of work and childcare, on hiatus and writing reviews was unfortunately a casualty.

But to get back on track: Released at the tail end of last year, this three track EP Behold A Pale Horse is a psychedelic doom celebration that encompasses elements of stoner rock and drone laced with nods to Americana folk and a retro seventies vibes.

A one man project from Indiana, Watchman is the sole creation of Roy Waterford, a multi-instrumentalist, studio engineer and producer inspired by his love of bands such as Black Sabbath and Across Tundras. Surreally detached and almost other worldly, Behold A Pale Horse is a gloomy, downbeat affair that draws in Eastern sounding effects, fuzzed out drone and rumbling bass.

With a Vol 4 heavy and druggy sound, six minute dirge Bowls Of Wrath opens with all the levity of a funeral march and Waterford howls through distorted effects of the end of days. Despite the layers of density, and the plodding march of the music, the vocals cut through as a mournful anchor, full of passion and despair. The meandering solo sounds like Ray Manzerick of The Doors took the wrong drugs, got lost on the way to Jim Morrison’s house and stayed to help soundtrack Charles Manson’s mission statement. The track manages to be both hypnotic and ominous at the same time.

Dark and menacing, this is sludgy doom at it’s very finest…

Second track Wormwood starts with a luscious guitar sound that’s pure indulgence in its beauty, and when augmented by the stately drum march and echo laden vocal effects, it’s clear to see the influence of Sabbath’s bravery to experiment. This is part hippy nonsense and part Ozzy warning of nuclear war. Once again Waterford’s vocals stand out and lead the tale where he wants it to go, his lyrics narrating, coaxing, pleading and full of emotion over the warmth of the mellotron.

Concluding with the heaviest track The Second Death, Wormwood seems like a moment of calm that segues into the snaking sound of the finale. Dark and menacing, this is sludgy doom at it’s very finest and not merely cut and paste from the same template as a million other imitators. The heavy psyche is woozy and the keyboard flourishes evoke nightmares of being on the comedown of a heavy drug trip, locked inside your head as the world spins uncontrollably full of half glimpsed nightmare (so I’ve been told), before the track stutters to a finish.

Promising a full length debut album at some point later this year, Watchman shows a lot of promise with this debut release that reveals more to the composition with each listen and should make the more drawn out effort of a long player a must listen event.

If you like your music dirgy, doomy and more than a hint of druggy, then this is absolute worth your time. At three tracks long it can feel frustratingly short as just as you’re getting into it, you then have to reach for the play button again, but that is the point.

Leave ‘em wanting more. Mr Waterford, you have my attention and if I get to do this again, you won’t have to wait. 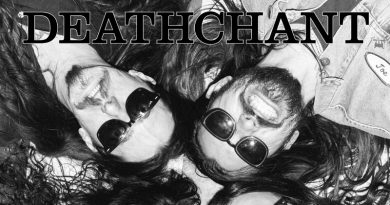 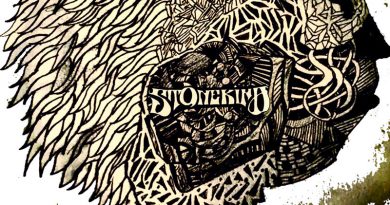