Flashing by in a nine track, thirty five minute blur, Werewolves have ascribed to the aesthetic of no fat, leave the audience wanting more. It feels like a cliché to say that this album explodes out of the speakers, but it does with the bullish I Don’t Like You. Opening with an old school ‘1, 2, 3, 4’ the track starts with a relentless staccato of blast beats and snarling vocals for a battering thrity seconds before settling into a savage breakneck groove.

Despite falling into the more intelligible category of death metal vocalists, Sam Bean (also handling the low end) brings a variety of styles to the album, meaning this isn’t a repetitive cacophony of the same guttural delivery, but accented with screams, bellows and snarls. By the end of the track the band have whipped themselves into a churning fury, making you fear for the band member’s blood pressure.

Pausing only for the briefest of spoken word samples, Sublime Wartime Voyeurism sets out to make the first track look like a delicate wallflower. Literally a masterclass in sonic battering, Werewolves hand the listener a technical death metal wonder, encompassing a sense of dynamism that casual listeners to the genre wouldn’t give it credit for.

Not without some smirking moments of ridiculousness (‘My piss, my piss, my piss is radioactive’ still makes me laugh despite repeated listens), in less than four minutes this track manages to deliver catchy hooks, low end chug courtesy of Matt Wilcock and face melting speed passages made to entice a sea of people eager to smash head long into each other in the pit.

Mission Statement is exactly that, to the point where my typing speed increased exponentially whilst listening to the track… and only came up for air when the head snapping breakdown appeared two minutes in.

It would almost be futile to describe each track in detail as What A Time To Be Alive pulls in a melting pot of old school influences. Whilst very much primarily focused on the speed metal fests that were pioneered by the likes of Suffocation and Death or Cannibal Corpse, along with the gleeful embrace of the gore and guts imagery, both on the cover and in the lyrics, there’s an intelligence in the song writing to know that Morbid Angel, and almost Autopsy like, progression doesn’t need to be shied away from just because the BPM count drops slightly.

A prime example of this is another standout track on an album of extremely high quality, Unfathomably Fucked, teetering on the boarder of thrash and straight forward death metal, the middle passage sits closer to atmospheric black metal in feel.

a masterclass in sonic battering…

An accusation that can be levelled is death metal can be a one trick pony at times (I can feel the purest disgusted gaze at this statement, however I can point the same finger at large swathes of stoner rock and say the same), nonetheless Werewolves mange to give each track its own individual flavour. For example the duelling vocal stylings on Antisocial gives it a call and response hook, but there is one thing that unites this collection into a singular vision: Anger.

The songs may vary, but with titles like Traitors And Bastards, A Plague On All Your Houses and They Will Pay With Their Own Blood to round out the album, the band have enough subject matter to be angry about that there’s little dip in tempo or intensity throughout the duration of What A Time to Be Alive.

This album however is not just an old school homage, using samples is no new and novel technique, but sparingly sprinkled with clips from films (Ben Kingely’s unhinged Don Logan from Sexy Beast for example), the band take their influences, breathe fresh fetid air into them and drag the corpse kicking and screaming into the harsh light of day.

Concluding with the epic build and furious conclusion of They Will Pay… again dips into the black metal and melodic genres, What A Time To Be Alive ends with more of a considered and intellectual feel than the savage beat down that went before, but remains completely on point with no compromise.

Death metal has now been around a long time and has spawned many great innovators and many more imitators; Werewolves have not only managed to stake a claim for being one of the best modern practitioners of the genre, but have managed the difficult feat of topping their impressive debut, The Dead Are Screaming, in only a year and after a mere three years of existence.

Australia may not be as cool as say Florida or Sweden for referencing pedigree, but if you like your extreme metal to grab you by the scruff of the neck and not let go until you collapse into a bloody and exhausted mess, their sophomore album should be on your wish list and then on your contenders for album of the year. 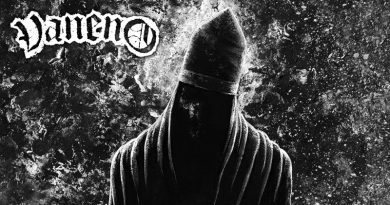