Hot off the back of the stunning debut 1823 this summer, Alabama’s Embr have struck again, this time with four tracks of solid grunge, each reworked with an added Embr twist. After drawing comparisons to an Alice In Chains swagger in my review, the band return with this tribute, honouring four bands, who had the most truly enigmatic vocalists, and paying homeage to the fallen front men in the best way possible.

In celebrating the lives, and works of Scott Weiland, Kurt Cobain, Layne Staley, and Chris Cornell, Embr have stripped down, reimagined, and in part, rebuilt four iconic tunes. Each member was given the task of choosing one song in particular, and the outcome is quite surprising, especially track two.

Throughout the EP, it became interesting to see why certain choices were made, giving us a little insight into just what makes the band tick. It would have been easy to record straight cover versions, but if I’ve learnt one thing from Embr, they don’t go for the easy option, instead they’ve selected tracks more in keeping with their own sound, as the obvious option isn’t always the best. With that in mind, I’ve taken each track on its own merit, with the hope that you source out both the Embr version, and the original, as both really are a testament to grunge at its finest.

First track Down by Stone Temple Pilots was chosen by guitarist Mark Buchanan, the original is both sleazy, and grungy, with Scott Weiland’s synonymous vocal riding all over it, so capturing that essence was always going to be interesting as in Mark’s own words – ‘Stone Temple Pilots were always a great inspiration, and influenced my style in many ways. I chose it because it has a ‘sludgy feel’ that meshed really well with the Embr sound. It has a great guitar solo, which was fun to record because that’s something you typically wouldn’t hear on an Embr song’.

So I turned the volume up, took the plunge and to say I was surprised is an understatement as without recognising the track instantly, it was the music that sparked the acknowledgement that it was STP, more than the vocal.

The way Crystal Bigelow conveys her vocal makes this completely her own, the haunting introduction isn’t at all what I’m expecting, and it completely throws me off the STP scent. That is until the chorus crashes in. In complete contrast, the vocal is instantly replaced with a far darker attack. This is where Embr make it their own. It’s still Stone Temple Pilots somewhat, but it isn’t either. Like lifting a snow globe, and then shaking it to life, Embr take this track, shake it up, and throw it back down, it’s heavier than the original, but still not so dissimilar that it’s unrecognisable.

Next up is Crystal’s choice, and possibly the most well known of all the grunge bands, Nirvana, with the track Heart Shaped Box. The original is as iconic as Nirvana ever was, its abrasive, crunchy, and has Kurt Cobain’s distinctive gravelly vocal all over it, but Embr have effectively rewritten it as only they know how, it’s been stripped back, slowed down, and reanimated at a far more haunting pace.

It’s even managed to be an additional two minutes longer, so more bang for your buck as Embr turn it from a grunge classic, into a darker, more doom laden opus. Embr make this one their own, the guitar break is darker, Crystal’s growls are more intense, and what is spawned is something far deeper for it.

this EP is beyond a homage, feeling like an evolution of Embr’s sound…

Next up is where Embr can become one of my most loved or most hated bands with Eric Bigelow’s choice, Alice In Chains and the track Junkhead from the epically incredible Dirt, as Layne Staley is my most favourite vocalist of all time, and Jerry Cantrell, the man is a virtuoso with a guitar. To quote Erik directly, ‘Junkhead is my favourite track on ‘Dirt’, the riffs are as heavy as hell, its gnarly, and it’s got a certain grit to it’.

That resonates with me so much, Dirt is one of the darkest albums that the grunge era spawned, it’s comparable with certain elements in the doom genre, and Junkhead is, by its very nature, dark and doomy.

Thankfully, the Alice In Chains legacy is kept unscathed, Embr don’t so much mimic AIC, as they take the track, pay homage to it, and even add a new level to boot. Crystal’s vocal is such a joy to hear, it’s completely reinvented from Layne’s original and maintains integrity without losing me completely. As a stickler for any AIC cover, each section is expertly filled, and I couldn’t be any happier with the outcome.

The fourth track is Soundgarden’s Mailman, and this is chosen by bass maestro Alan Light. This one is the oddity for me. With such a back catalogue, it really is surprising this was picked. Yes, Soundgarden don’t have all the commercial anthems that say Nirvana do, but even with that in mind, to select a lesser-known track from the Superunknown is still a shock. Thankfully, Embr expertly take that classic formula, the sabbathesque riffs, unrelenting rumble of bass and drum, that otherworldly Chris Cornell signature vocal, and turn it into something altogether more Embr. It stays true to the original, while at the same time being elevated to a different level completely.

Over the course of the four tracks, two things become apparent. Firstly, while the music mostly stays true to the originals, with the exception of Nirvana, kudos should be paid to Crystal to somewhat emulate these classic vocals, without becoming a poor impressionist, yet still managing to truly capture Embr.

The second thing is the bands progression; this EP is beyond a homage, feeling like an evolution of Embr’s sound, forming something more organic and actually less genre specific. The pairing of grunge, and Embr’s synonymous doom styling’s, really feels like the start of something new, a crossover they haven’t fully explored.

Yes, maybe it’s a bit lighter than the doom-laden path of their debut, but the outcome of this EP is hopefully an awakening of something truly magical, Sometimes a little deviation has the most rewarding outcome, and hopefully this little adventure will lead on to many more exciting journeys. 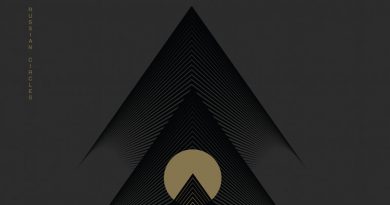 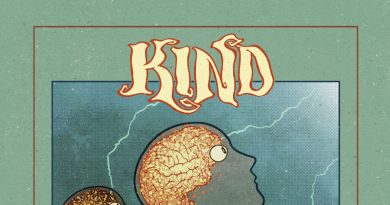